Scene on the Road OR & NV

Hi Folks, we're still on our cross-country road trip from New Hampshire to Oregon. We've been having a lot of adventures and enjoy sharing them with everyone.

Finally, we're on the return trip back to NH. This post shows some of our travels on interstate highways in Oregon and Nevada. And, just as in a previous post about travel in Idaho and Montana, there's been a lot of very long stretches of highway and open road.

After visiting friends in Eugene, Oregon, we traveled to Reno, NV. Here's some (but not all) of the scenic views along I-80. 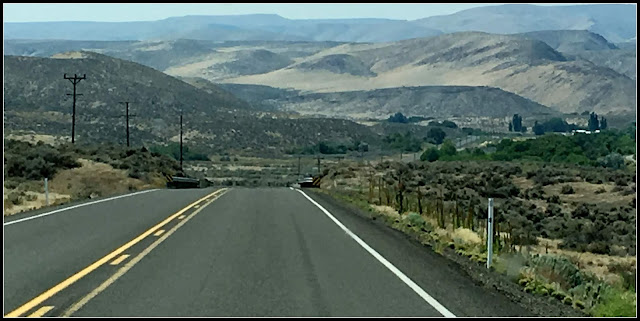 Many of the roads curved around, but the speed limit only dropped 20 mph from 80 to 60 mph. 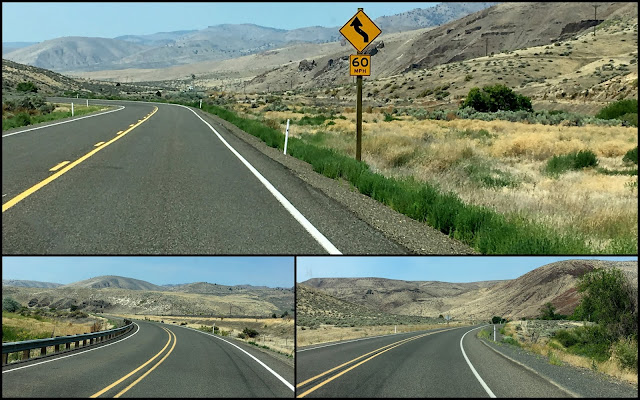 There were a lot of clouds and mostly clear skies compared to a couple of weeks earlier through Idaho and Montana when skies were hazier with CA fires smoke. 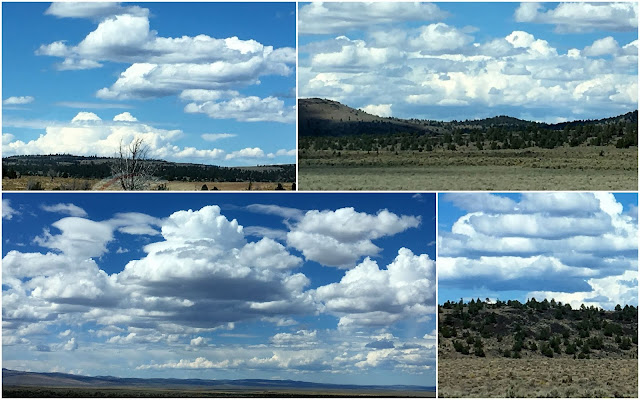 Leaving Oregon and traveling through Nevada, there were more great scenics. Driving cross-country has really given us a much greater appreciation of the beauty here in the U.S. 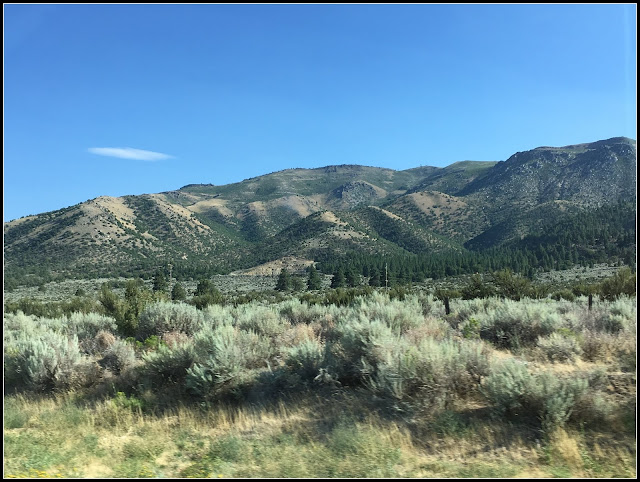 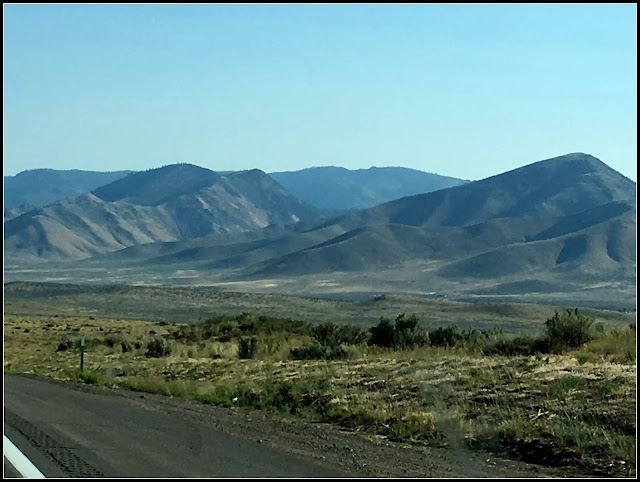 The speed limit was 80 mph on this interstate highway (I-80) but most folks went faster. 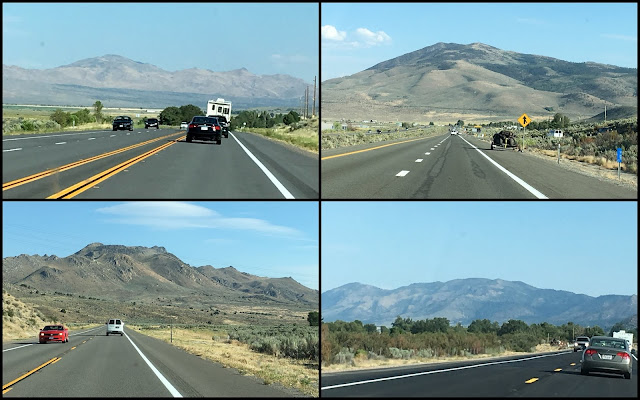 Driving through Nevada on our way to Reno is where we hit our own jackpot in the form of a milestone mileage. Here's where Grenville pulled to the side of the road to record it. 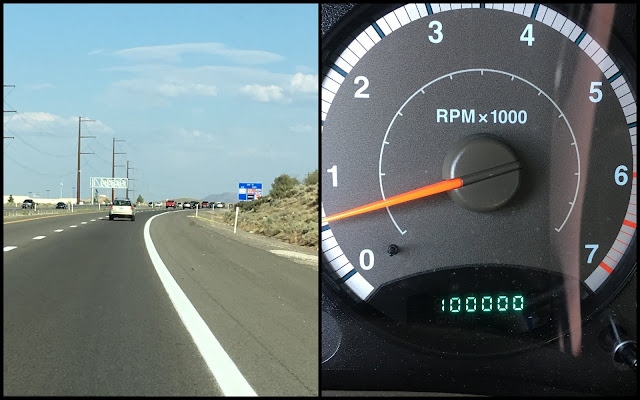 An overnight was spent in Reno (and no casino visits) before we headed to our next stop in Elko., NV. We were still traveling on I-80 with a speed limit also 80 mph. 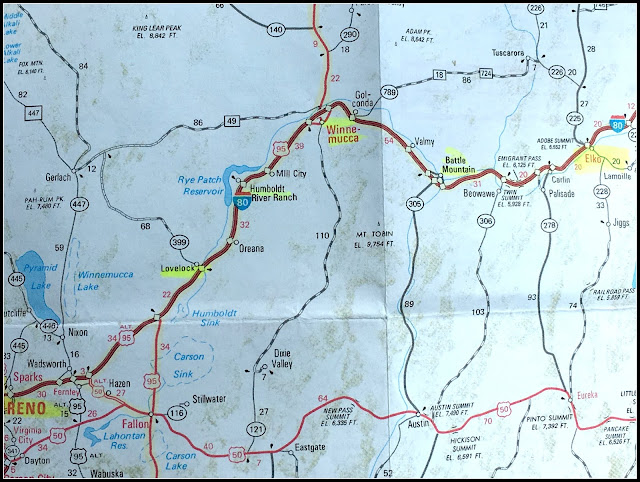 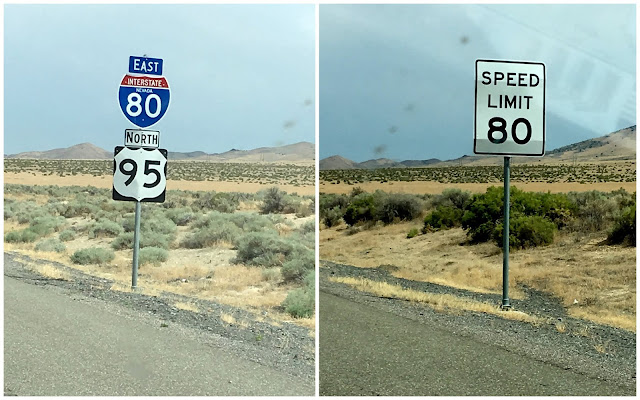 Some road shots and scenics along the route. We have not had any rain while driving through these states compared to the news reports of flooding on the east coast. 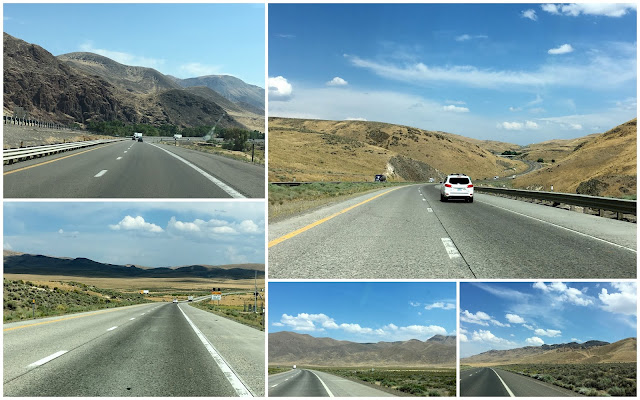 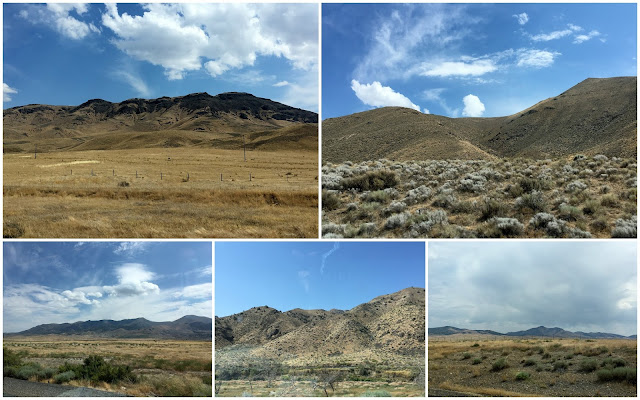 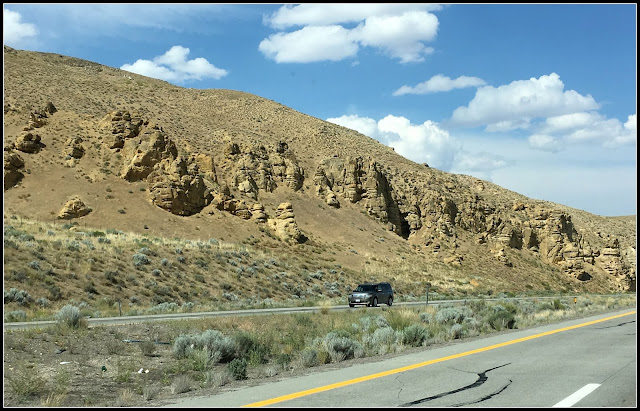 We saw a few dirt devils. A dust devil is a strong, well-formed whirlwind and its primary vertical motion is upward. Dust devils form as a swirling updraft under sunny conditions during fair weather, and rarely come close to the intensity of a tornado. 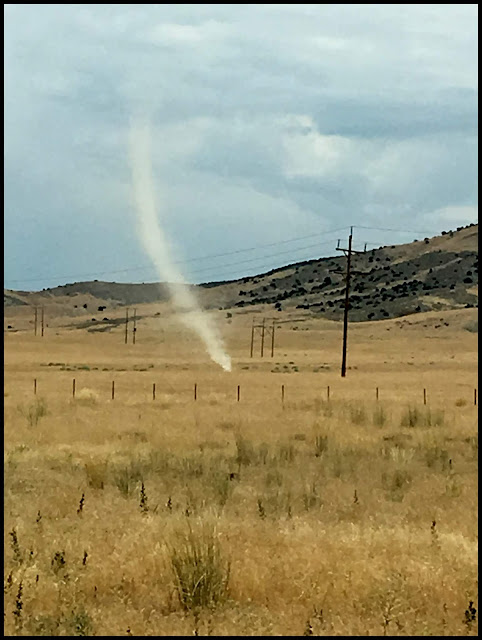 If we were in the market to buy some land, there were quite a few Giant Sale offerings along the road. It might be hard to make out the price on this one — it reads $99 an acre. 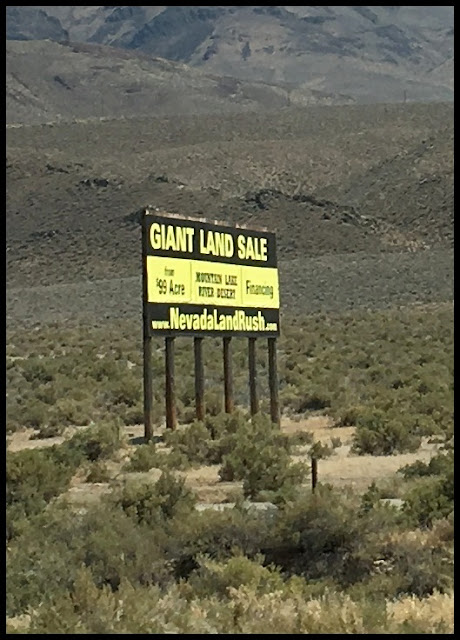 One thing is certain, you won't have many neighbors around, just a lot of space to maybe raise some cattle, count the sage brush, or go for very long walks.

It was all nice to look at, but we decided to pass up that land sale bargain and keep moving along.

Nice scenery, but I agree with you.....see it, enjoy it, and leave it behind. When you live in an area of the US that is over-populated and busy, you wonder how someone could live out in the west like those places. Be safe traveling East.

Great photos, brings back wonderful memories of our own road trips. Happy travels!

There are some wonderful sights of the terrain while traveling so fast. I don’t know if I could drive faster than 80 mph. I won’t try that in Iowa as patrol people re behind every sign.

I rather enjoyed this road trip :-)

The best thing about a driving vacation is that you get a chance to see so much of the country. As I said before I-80 runs through Iowa. It is the longest stretch of road I know. And don't forget the world's largest truck stop before you get to Illinois.

Such beautiful views! You got some really great pictures that capture how scenic our country is.

You do have a beautiful country and a great road system. Some of those nevada scenes are similar to our back country views. One of my blogger friends lives in Eugene when they are not in Florida (Sallie)

I am intrigued by the dust devils! Beautiful scenery all round, literally!

I have never come across a dust devil before so like Valerie a little intrigued. The scenery is stunning.

I'm with you -- nice to look at in passing, but keep on going.

I would love to take my car on an 80 mph road. It's a high performance car and here in the mountains we're lucky to find an Interstate with a 65 mph speed limit. My car would love to go faster now and then.

Yikes - $99/acre! It's almost enough to make me want to move to that area of vast openness, where you can actually drive 80 miles per hour rather than the 80 hours per mile we get in Boston (maybe a slight exaggeration). You got some wonderful shots from the highway - the area is so very different from what I am used to on the east coast. This looks as though it's been a wonderful road trip!