While on a cross country road trip from New Hampshire to Oregon, we're sampling foods along the way. (Eating out while traveling is calorie-free, isn't it?)  Here's a sampling of places we've tried in ID and MT. 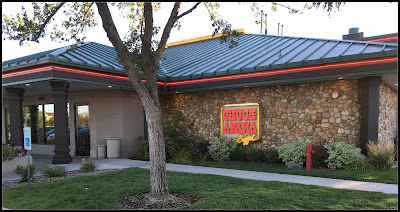 Chuck-A-Rama in Boise ID is an unusual name and since we've been to buffet-style eateries, we wanted to try it out. The family-owned restaurant chain is based in Salt Lake City, UT, and operates 10 restaurants in UT and only 2 in ID.

This is where, you'll find basic, hearty all-American comfort food and a lot of it, loaded  tablefuls. Main entrées include baked and fried chicken, carved turkey, ham, and roast beef, mashed potatoes and gravy, among others. Thankfully, there’s a huge salad bar and a rotating variety of soups. But these do little to compensate for the desserts and make-your-own milkshakes. 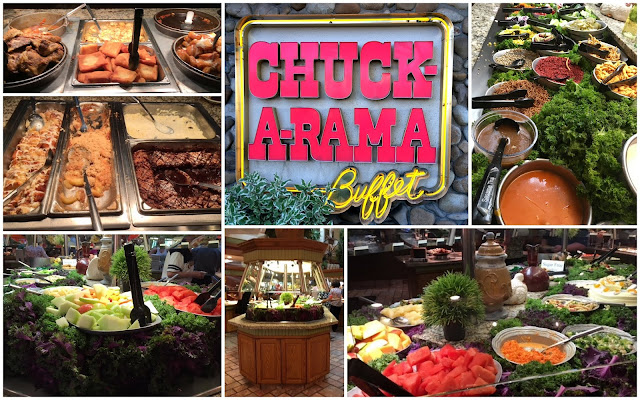 About that name, its origin dates to 1866 when cattle ranger Charles Goodnight modified a wagon into a portable kitchen so that meals could be prepared for cowboys on the range. Goodnight’s nickname provided the “Chuck” (as in chuck-wagon). Nearly 100 years later in 1966, Charles Moss and Alva Greene converted a former grocery store in Salt Lake City, UT to a buffet. Both were involved with scouting; every year scouts held a Scout-O-Rama. That was changed to A-Rama, added to Chuck and became the company name. 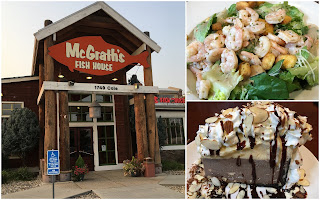 McGrath’s Fish House in Boise, ID was conveniently located within walking distance of our hotel. The restaurant is part of a Northwest chain that was started in 1980 by its namesake, John McGrath in Salem, Oregon. We dined at the only one located in ID as all others are located in Oregon and Washington.

Seafood is the speciality here and it’s delivered fresh daily. So, of course, we both had a fish dinner. My order was for a shrimp caesar salad (shown) and Grenville had a haddock dinner (which he forgot to photograph before eating). We couldn’t resist the chocolate mud pit. (Well, we could have, but didn’t.) The fish meals were healthy dining and the dessert was admittedly a decadent treat. 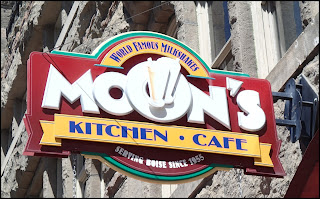 Moon’s Kitchen-Cafe is a legend in Boise, ID and it was in business at the same location for over 50 years before moving to downtown. It has a colorful history from its start as Moon’s Lunch in 1955 in the back of Moon’s Gun and Tackle Shop, a sporting good store run by Bernie and Cid Moon.

It moved from a few times since then and is now in the downtown restaurant district on (are you ready) Idaho Street.

Moon's retained its long, low trademark counter and bar stools used for decades at the old place, which was a diner and considered a “go to” place when you needed a big homestyle breakfast. Now, Moon's resembles a cafe as its name indicates. The menu offers big breakfasts, simple lunches and dinner two nights a week. 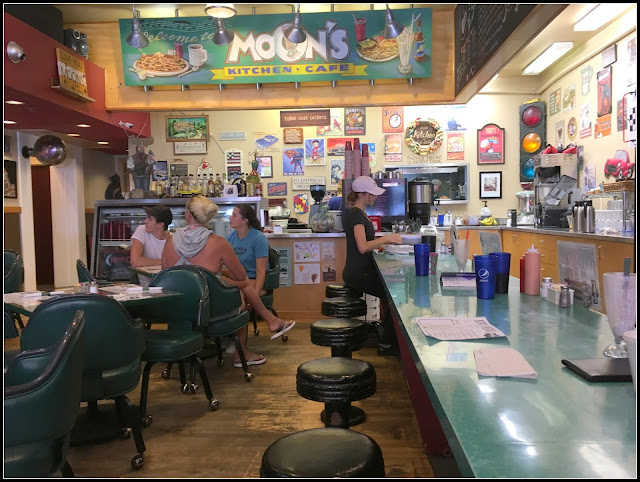 Everything is cooked from scratch, no packaged foods, chemicals or preservatives.

But, we didn't go for a meal here. 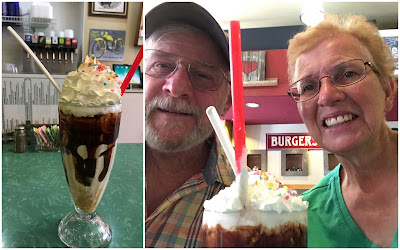 If there's a required order at Moon's, it's a hand-spun milkshake. I had read about these in a guidebook and, of course, we had to sample one (we shared). They're not the cheapest shakes at $3.75 and $4.95 but they don’t disappoint — rich, creamy and full of old-fashioned-diner nostalgia. Besides conventional milkshake and malt flavors, a Guinness milkshake is available. Yes, it’s made with Guinness beer, and costs $6.25. We opted for a peanut butter milkshake instead. 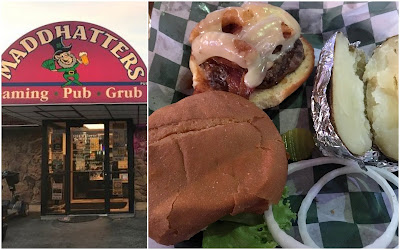 Talk about a catch-all restaurant name, that’s about describes Madhatters in Glendale, MT where we dined during an overnight stay there.

This place is billed as a family-friendly restaurant, sports bar, and casino which seems to cover all the bases in terms of dining (and drinking) establishments. The “casino” part consists of a several slot machines in a back room with entry barred to minors. There is a bar area and a separate dining area and we did see a few families when we were there. There are not a lot of dining choices and this one was definitely a local favorite. It was also one of the few places open and close to our hotel. 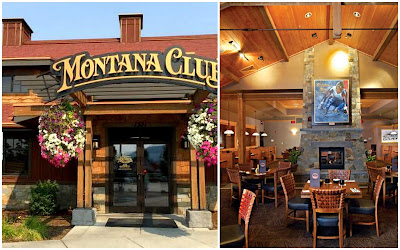 The Montana Club (Restaurant, Lounge & Casino) in Butte, MT is one of five similar restaurants exclusively in the state of Montana, so we won't be dining in another one. The first one opened in Missoula, MT in 1999.

The exterior facade of Montana Club restaurants are lodge-style which fit in with the rustic decor of the interior. Longtime friends Bob Powell and Nick Alonzo opened the first restaurant in their hometown of Missoula to create a brand honoring their home state of Montana and to attract tourists.

They seem to have accomplished that goal. The restaurant was crowded with families and  so it was also very noisy. It's not a place to go and hold a meaningful conversation unless you enjoy talking very loud. The food was not that memorable (we even forgot to take photos). It's unlikely that we will eat at a Montana Club if we ever re-visit the state.

These were some highlights of eateries we enjoyed during the third week of our cross country travels. There's (lots) more to come . . .
Posted by Beatrice P. Boyd at 7:00 AM

Man, you find the best places to eat in this great country, and I loved reading about each and every one. Yummmmmm!

I think you should send your impressions of places and food to Trip Advisor. It will greatly help other people plan their trip, and they'll appreciate that.
Your writing is very good, your pictures very relevant and beautiful!

they all look really good to me, I had to give up buffets because I eat like a golden lab, gobble gobble and swallow.. everything looks delish... my friend from TOPS went on a 3 week trip like what you are doing and came home a few days ago UP 10 pounds... she is a KOP, which is Keep Off Pounds Sensibly and that means she reached her goal weight by losing 100 pounds. she has been a KOP for 7 years.

I’m loving these posts! First - Charles Goodnight was probably the most famous rancher in Texas!
We will be traveling through Idaho and Montana next month! I’ll have my ouwn tour guide - YOU! Will refer back to these posts as we go!
Y’all do have so much fun!

You always find such good places to eat. I'll be as big as the Goodyear Blimp when we finish this tour.

Well, you certainly aren't going hungry on your journey. Thanks for the interesting photos.

I think Moon's is the place for me. I'll take an ice cream. It's always fun to try new places to eat (even local) but more so when you travel. Thanks for sharing. Hugs-Erika

I must admit that your journey is doing me good. Thanks.

Fun places. A fun part of any holiday are the places we find to eat.

That milkshake looks to die for!

Well, you're making me hungry again. Looks great! You are finding lots of neat restaurants along the way.