Rollin' on the River

We're currently on a cross country road trip from New Hampshire to Oregon and posting about sites along the way. This post is about a stop in La Crosse, WI.

One of the items on our "bucket list" is taking a riverboat ride on the Mississippi River someplace in the southern U.S. What we didn’t expect was that we'd take a (shortened) version in the midwestern state of Wisconsin. (We still plan to take the longer one.) 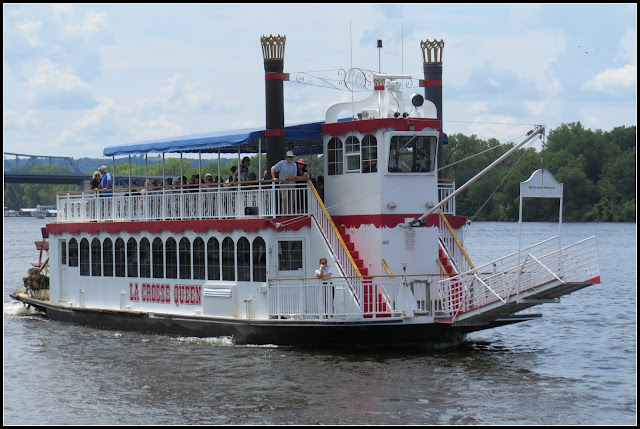 Riverboat rides conjure up images of traveling on the Mississippi in the South (thanks to movies). Our Mississippi River ride was on the La Crosse Queen VII, a modern day replica of a Mississippi River boat that cruises from its home port in La Crosse. It docks at the waterfront near a barge designed to resemble an old side wheel style showboat; it's the ticket office and gift shop.

The boat was built in 2008 in WI and is similar to Mississippi River boats from the early 1900’s. It's one of the few authentic paddle wheel river boats still operating in the U.S. 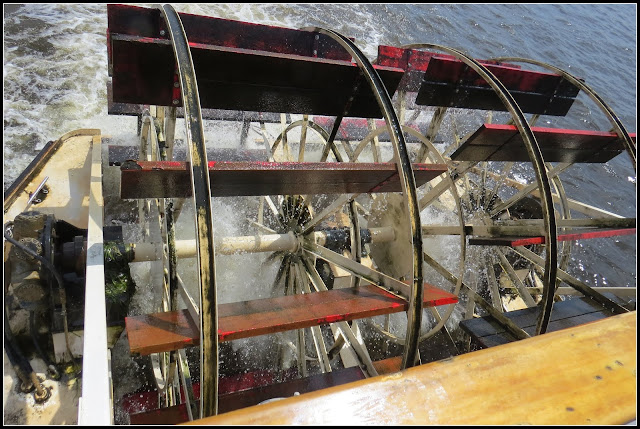 In keeping with tradition, the boat was built with stern wheels that are its only means of propulsion. It has a split stern wheel and each half is run by a twin diesel engine which turn the paddles and give it better maneuverability. By comparison, most Mississippi River paddle wheelers operating today have a "free wheeling" paddle wheel at the stern of the boat for visual effect and hidden engines are used for the real operating power.

Our excursion was a 75-minute sightseeing excursion with on-board narration. h\Here's some of the sights along the route which was a loop up and down part of the river.

These twin bridges that cross the Mississippi in La Crosse WI are called the "Big Blue Bridges." One connects La Crosse, WI to La Crescent, MN; the other connects downtown La Crosse to Barron Island. 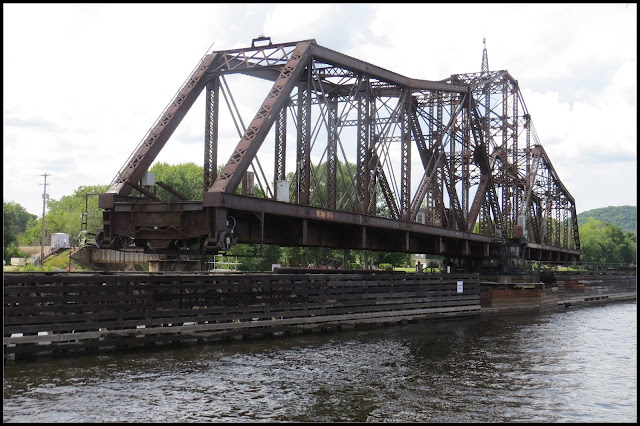 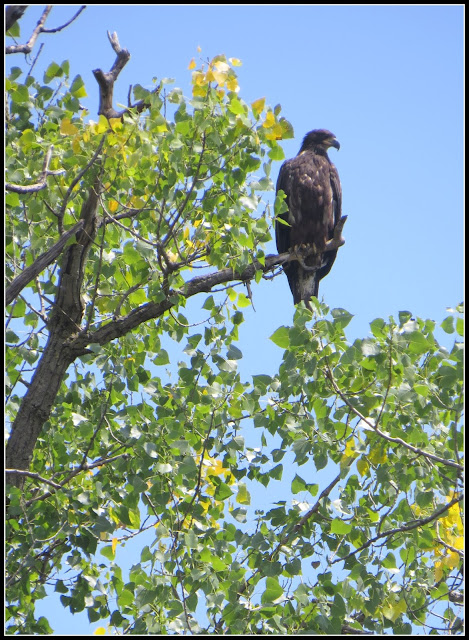 We were advised to be on the lookout for eagles which are known to frequent the area. While several were spotted flying overhead, most of my zoom-in attempts were poorly focused. However, here's a shot of what appears to beca golden eagle. 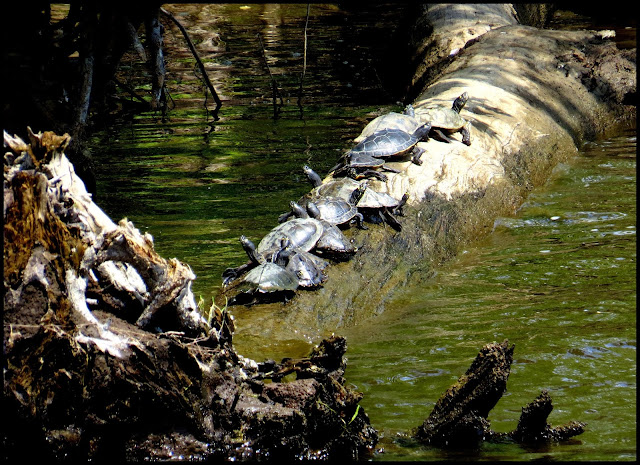 There were multiple sightings of turtles sunning on downed trees along the river. It seemed the perfect way to spend a very warm afternoon.

While we were on the river boat, these song lyrics came to mind:

“Proud Mary” is a the title of a rock song written by John Fogarty and recorded in 1968 by his band, Creedence Clearwater Revival. It was recorded twice in 1969 by Solomon Burke as well as the Checkmates Ltd. Then, in 1970 Ike and Tina Turner recorded a version that became a classic hit.

Go ahead and sing it (you know you want to) but it may become a (musical) earworm.
Posted by Beatrice P. Boyd at 7:00 AM

What a great ride on the riverboat and great sites along the way. Keep 'rollin' and posting!

That's a good think to check off.

How cool was that! I would love to take a steamboat ride on the Mississippi. Maybe someday. Thanks for these great pictures. I am just loving your trip.

fantastic foto of the paddle wheel, love it.

Last time I went on a river boat cruise was three years ago, on Moskva river that flows in Moscow, capital of Russia.. It was, as I recall, a rather longish and boring cruise. Hope yours on the Mississipi river was more enjoyable.

What a thrill that must have been, a great trip. Yep you caught me I a singing...

I love to ride the paddle boats. The bridge reminds me of the old bridge crossing the Missouri from Iowa to Nebraska. It's gone now with a fancy new replacement.

Something I need to do! Thanks for the photos and it looks like you had a great time!!

That is a beautiful boat. It takes you back to historical times.

I always wanted a ride on a steamboat. Sigh! I like the shots of the turtles and the eagle.

Beautiful shots! It's a mighty river, but it often seems that its northern stretches have been largely overlooked by history and culture.