Eats & Treats IN to WI

While on a cross country road trip from New Hampshire to Oregon, we're sampling foods along the way. (Eating out while traveling is calorie-free, isn't it?)  Here's a sampling of places we've tried from from IN to WI. 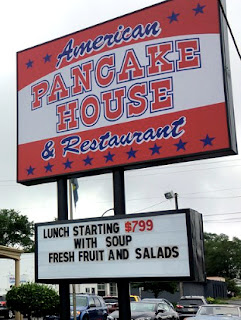 If you're a breakfast fan, like us, the American Pancake House is in South Bend, IN is a must-try place. Because unlike IHOP or Perkins that’s the only place you will find this eatery. And unlike those two chain eateries, the APH is only open for breakfast and lunch, offering daily and senior specials. Breakfast, of course, is served all day.

It's a family-owned restaurant with three restaurants in the South Bend area, which is now managed by the second generation. Many of the folks we met there at breakfast were "regulars."

Complimentary fresh fruit is served after you're seated. The coffee is good and bottomless. My breakfast was a Denver Omelette (below) which came with very crisp hash browns and a side order of toast or pancakes. It was a no-brainer to choose the pancakes (it's a pancake house). 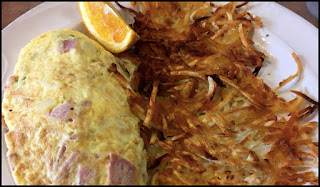 It was listed with 2 eggs, but came with 4. Our waitress explained that wasn’t a mistake, but that 2 Eggs Benedict dishes are 4-egg dishes there (who knew?) It was delicious, but Grenville couldn’t make it past the second egg. 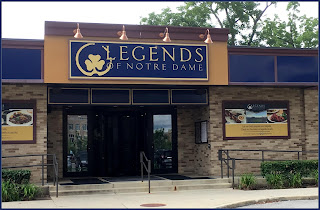 Legends of Notre Dame was a welcome stop after a morning spent exploring and walking around the (very) extensive campus of the University of Notre Dame in South Bend, IN.

We were ready to find a lunch stop and as luck would have it (no pun intended) this restaurant is right on campus. It's operated and owned by the University and located on close by to Notre Dame Stadium. 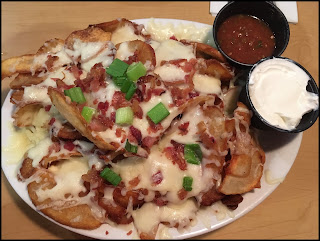 We ordered sandwiches, but first selected the the Irish Nachos appetizer. This dish would could have been a lunch in itself. Potato skins replaced the usual nacho chips and were loaded with cheese and bacon.

The food is basically “pub” style with a selection of American and Irish menu items. Naturally, most of the decor highlights the Fighting Irish football history.

The South Bend Chocolate Company Factory in South Bend, IN is the place to go if you have a sweet tooth and favor all things chocolate (who doesn't?). The 58,000-square-foot factory and museum is open Monday through Saturday. There’s a free factory tour, but we arrived too late and missed the last Saturday tour.

We still enjoyed a self-guided tour of the FREE chocolate museum. The museum houses one of the largest collections of chocolate memorabilia in the world, including a 1,300-year-old Mayan chocolate pot (sorry no photo). 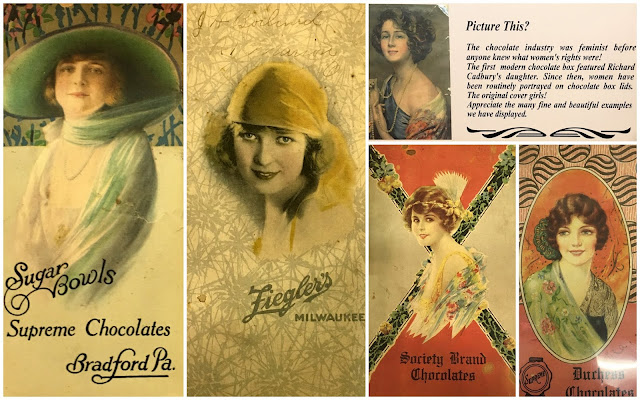 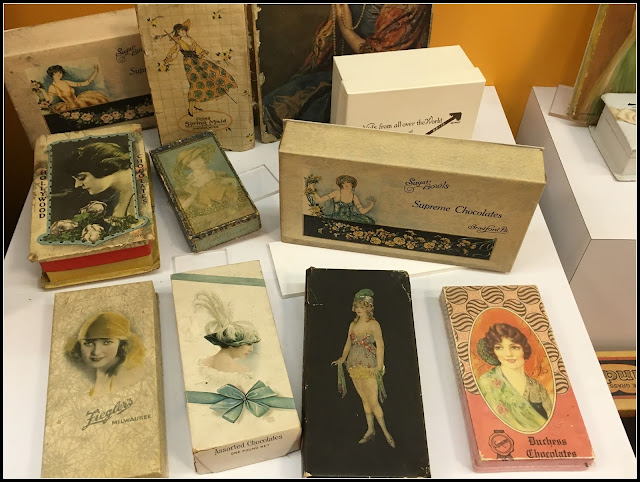 The extensive collection features American chocolate companies and tins, containers and chocolate boxes of all shapes and sizes. There’s information about the history of candy, as well nostalgic displays of candy packaging in South Bend and other parts of the country. 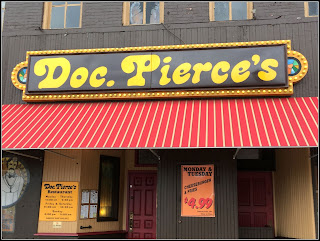 The name of Doc Pierce’s, a local eatery on N. Main Street in Mishawaka, IN, was inspired by a sign on the side of the building. A furniture store located next door burnt down and when the remains were cleared, the sign was discovered.

An article explained that Doctor Ray Vaughn Pierce was a traveling medicine man at the turn of the century. He’s credited with creating the “Golden Discovery” a licorice-flavored tonic that reportedly contained quinine, opium and alcohol and was advertised as giving men “an appetite like a cowboy’s and the digestion of an ostrich.”

This is definitely a local pub and when traveling, we try to frequent such places. The onion rings appetizer was really good and we are aficionados of these.  We ordered the small size and the donut-sized rings were crispy and delicious with a glass of beer. Unfortunately, the dinners we ordered: fish and chicken were not outstanding and don’t merit further mention. 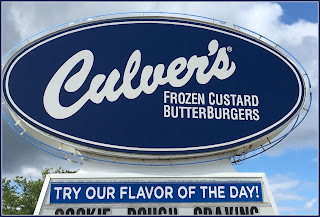 Culver's is where to go for custard treats and shakes. If you’re traveling through one of the 24 states in which they're located, keep an eye out for the blue and white sign. Forget about Dairy Queen or Carvel. Unfortunately, the only states without a Culver’s are in New England, the mid-Atlantic and the West Coast. So, that explains WHY we’ve never stopped at one, but no longer.

This fast-food eatery is known for butter burgers, frozen custard and cheese curds, Culver's is based in Prairie du Sac, WI, and has been owned primarily by the Culver family since its 1984 start. The first location opened in Sauk City in 1984 when Craig and Lea Culver renovated an old A&W restaurant; although the restaurant grew rapidly after that. In 1995, the first location outside of Wisconsin opened. Culver’s is found in the USA’s heartland, the South and the West. 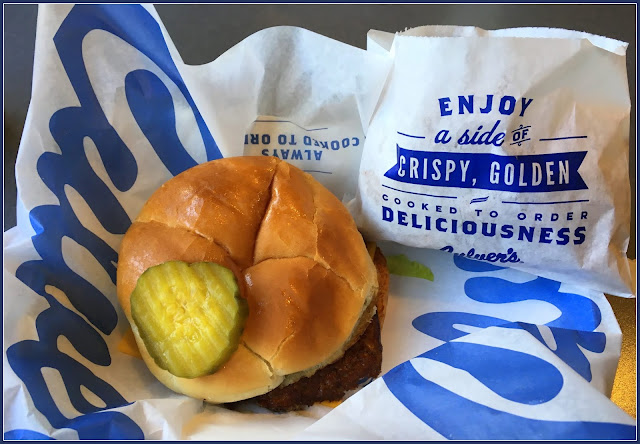 Culver's “Signature Combination” is butter burgers (exactly what it sounds like, a burger served on a bun toasted in butter) and frozen custard which is served in cones, sundaes of thick milkshakes. 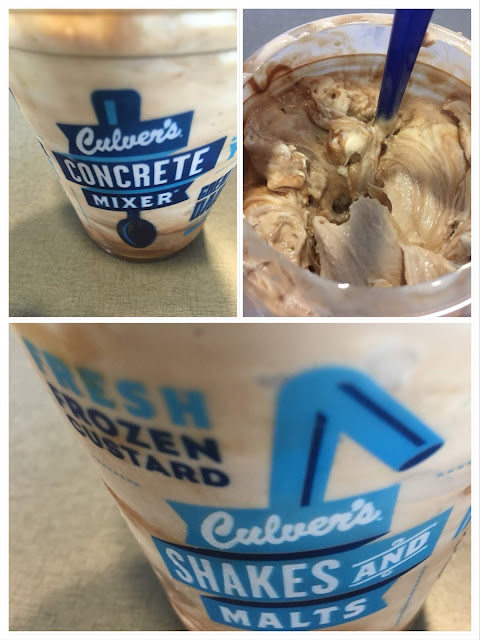 The thickest shakes are called “Concrete Mixers” and, of course, we had to try one. 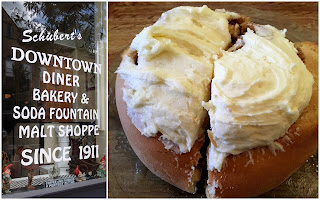 Folks come to Schubert’s for a meal and for their famous Swedish rye bread, rosettes, fry-cakes and other traditional favorites. It’s a place where everything is made the old fashioned way, from scratch.  Breads and bakery items are hand-crafted here. 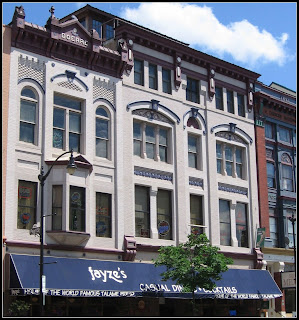 Fayze’s Restaurant & Bakery is located in the heart of historic downtown La Crosse WI, in the Tausche Hardware Building, one of the city’s well-known historic structures. This is a very casual local favorite serving breakfast, lunch, and dinner. And, you never know who you might see dining there.

The Friday night we visited the special was unlimited fish night, but after one serving we didn’t have the appetite for more. The fish was cod and very lightly breaded and fried.

Fayze's has good service, good meal values and friendly waiters. It’s like favorite place you visit often with friends and family. Everything about it from the classic family restaurant menu and the La Crosse, WI memorabilia and pictures decorating the walls–is like a hometown diner right downtown. And, as we found out, you never know who might be dining there the night you are. 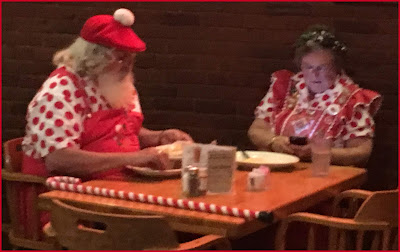 The Pearl in La Crosse, WI is where you will hear music ranging from Tommy Dorsey to the blues of Billie Holiday filling this authentic 1930’s soda fountain and confectionery. One half of the store is filled with chocolates and various other sweet treats. Hand-dipped chocolates are sold by the piece or the pound. 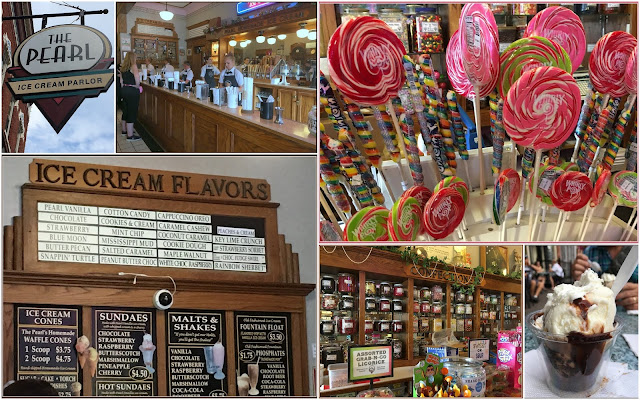 But it's the other side that features ice cream that's handmade daily and where thick, rich malts are mixed in classic Hamilton Beach mixers.  Waffle cones are fresh baked on-site. We highly recommend the sundaes if you're ever in La Crosse. 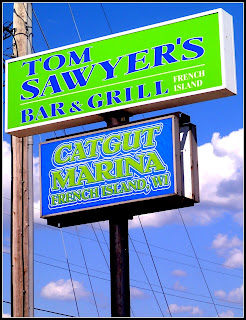 Tom Sawyer’s Bar & Grill in La Crosse, WI, is where we had our first taste of a local favorite called cheese curds. Honestly, they’re not bad at all. Cheese curds are fresh pieces of cheese that haven’t fully hardened yet and are usually from cheddar cheese. They have a milder taste with a rubbery texture.

Deep fried cheese curds are served as an appetizer in many midwest restaurants. They’re usually served with a dipping sauce, usually ranch dressing. 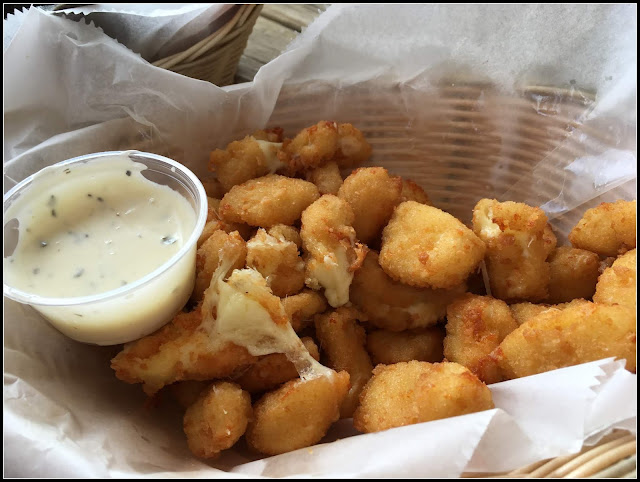 These were some highlights of eateries we enjoyed during the second week of our cross country travels. There's (lots) more to come . . .
Posted by Beatrice P. Boyd at 7:00 AM

It is 7:30 in the morning where I am, and you have made me hungry for sure...lol I would love those cheese curds and all the other specials you found.

all looks delish to me, and I like those tins, so pretty

Let's face it - most people live to eat, not the other way round. Eateries are the best business in town, and everywhere else. I too refer to eating while travelling as free calorie:) Last year, in Bulgaria, I practically lived on their croissantes; couldn"t resist them.
Enjoy your trip and the food that comes along with it!

My goodness I was drooling at it all. Who could resist...

So much food! I like Culvers a lot. They have a good fish dinner too. All of the food looks and sounds delicious. If you two keep eating all these goodies you won't be able to fit in the car.

Wow! the deep fried cheese curds look good. the next time I see them I'll have to try them.

Looks like you are enjoying local restaurants. We tried those cheese curds for the first time also on our last trip across country. They were very good.

Omelettes are good! Feeling kind of hungry now but I couldn't get through four eggs, no way.

Oh.my.goodness. Y’all find the most amazing places and I love how you eat at the local places! This is arm chair travel at its finest!

Well, I'm definitely feeling hungry after reading this post. Sounds like you're having a fun time. I'm glad you're "taking us along" with you.

All your food looks so yummy. And I have been to a Culver’s once many years ago in St. Louis. You are right. It is too bad we don’t have them on NH.