We're currently on a cross country road trip from New Hampshire to Oregon and posting about sites along the way. This post is about a stop in Medora, ND.

The small Badlands town of Medora in Western North Dakota is the gateway to the state's #1 tourist attraction — the South Unit of Theodore Roosevelt National Park. This area is a picturesque flat desert landscape broken out by petrified wood and rock formations. 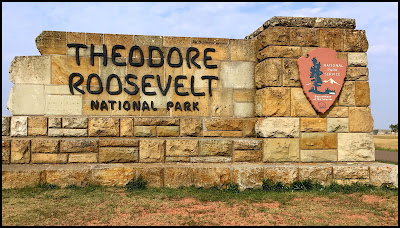 As we were traveling on Interstate 94 through Western North Dakota, the gently rolling hills opened up dramatically into the varied and colorful layers of the badlands in an area, known as the Painted Canyon. It went far into the ND landscape.

Over thousands of years, the Little Missouri River and its tributaries cut through the soft sedimentary layers of the northern Great Plains. Flowing water along with wind, ice, and plants continue this erosive action. The land is in constant transition. To learn about what caused these formations, visit this NPS website, which provides a detailed explanation. 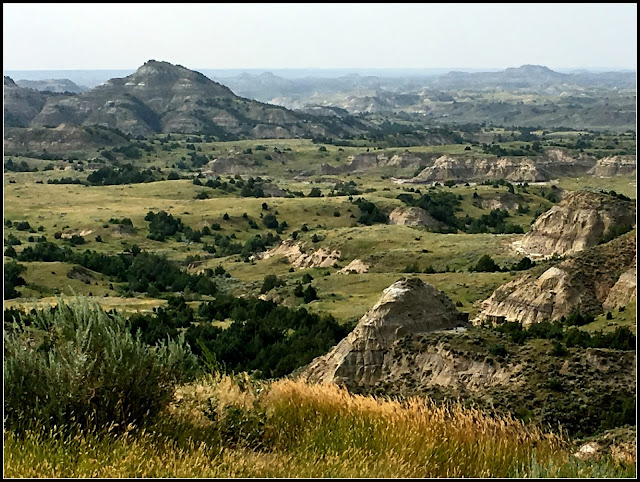 Why is the area called the badlands?

The North American tribe, the Lakota, were the first to call the area mako sica or "land bad" because of the extreme temperatures, lack of water, and the exposed rugged terrain. In the early 1900's, French-Canadian fur trappers called it les mauvais terres pour traverse, or "bad lands to travel through.” The name has remained to this day. 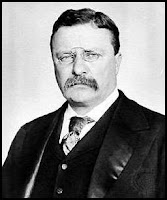 Roosevelt first came to the North Dakota badlands to hunt bison in September 1883. During that first short trip, he fell in love with the rugged lifestyle and the "perfect freedom" of the West. He invested $14,000 in the Maltese Cross Ranch.

After the sudden deaths of both his wife and his mother on the same day in February 1884, Roosevelt returned to his ranch seeking solitude and healing. That summer, he started a second cattle ranch, the Elkhorn Ranch, but a blizzard decimated the herd in 1886. Roosevelt wrote about his Western experiences in pieces published in eastern newspapers and magazines. 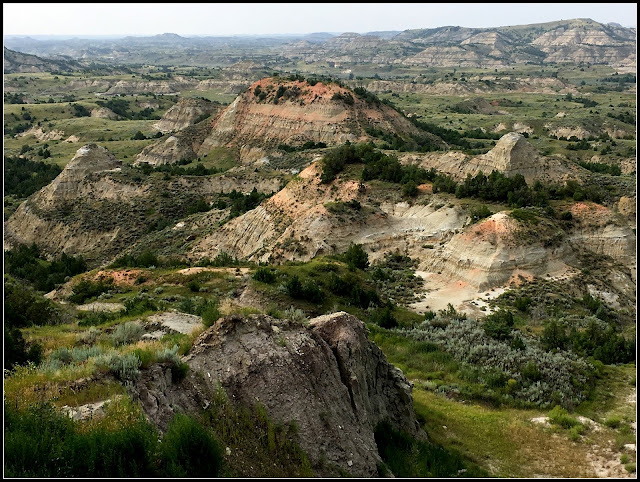 Roosevelt's later credited his ND experiences as the basis for his pursuit of conservation and preservation efforts. As the 26th U.S. President (1901-1909), he established the U.S. National Forest Service and signed the 1906 Antiquities Act, which prevented looting of archaeological and Native American structures and objects, under which he proclaimed 18 national monuments. He worked with Congress to create 5 national parks, 150 national forests, and dozens of federal reserves, over 230 million acres of protected lands. 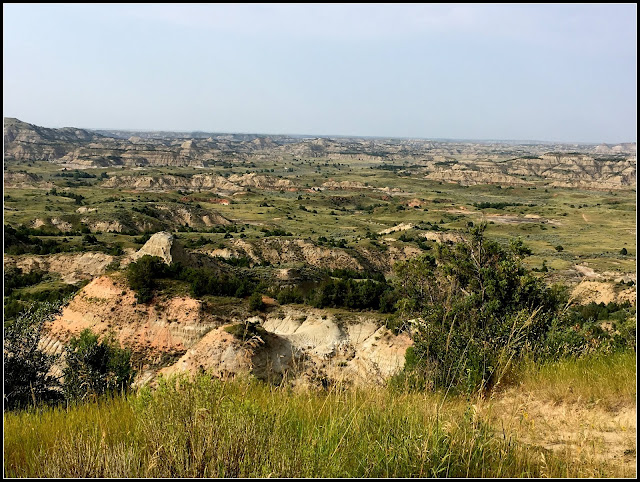 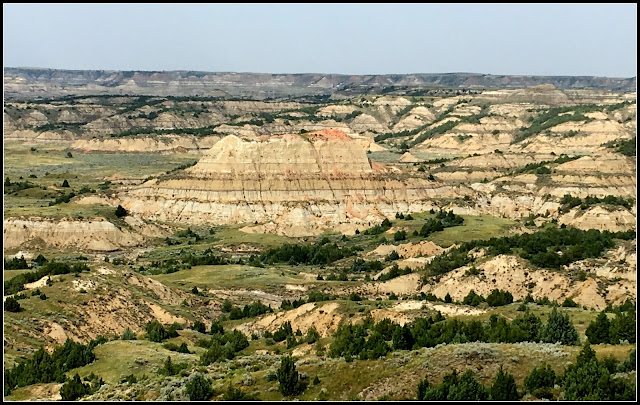 It's the only American national park named directly after a single person. It received 708,003 visitors in 2017 and is open year-round but some roads may close in the winter months. Services are limited from October to May; summer is the best time to visit.

What beautiful images! Thank you for sharing your trip with us. :)

I wasnt aware of Roosevelt's connection to the Bad Lands, and to me, it is a beautiful place....very interesting this morning.....thank you for posting.

Captivating post! It has it all: history, geography, and a beloved american president. I like the picture with the name of the park, Theodore Roosevelt, written in simple, beautiful letters, on a lovely piece of wall.

You captured the beauty of the Badlands.

Great photographs of a gorgeous part of our country. It seems you are making good time.

I was familiar with Teddy's connections to the west, and the family tragedy as well. It is a magnificent area- I would love to visit it someday.

Such beauty, now that is one place that I would love the visit.

I am a National Park geek and this is one I really want to go to. Other than the Badlands in South Dakota, I have missed all those middle states. I am a little jealous you’ve been to this one but I loved seeing the photos. It looks as interesting as I pictured it Now that I have caught up on all the fun. I will wish you more adventures. Hugs Erika

Oh and we should definitely meet when you return.

So interesting! I've never been to the Dakota's.
I have a lot of catch up reading to do about your trip and will get it done soon I hope!

What a beautiful part of the country. I've never been there, so I am enjoying your trip vicariously.

Good info here. The French explorers left us with some names. Look up Grand Tetons some day.