One of the joys of the holidays can be treating yourself to a gift. This year for me it was a 14 MP Samsung HZ50W digital

camera which features  a 26mm Schneider-Kreuznach wide angle lens and 26X optical zoom. It uses a rechargeable lithium battery and includes an AC adapter which charges the battery while its in the camera. There is a small start-up guide; the more detailed user guide is on an included CD-ROM. Remember the days when you got a printed manual?

In the past I’ve owned 35mm film SLRs and, in recent years, a couple different brands of digital SLRs – all  with assorted lenses, macro to telephoto. All that equipment is gone now – sold for varying reasons. There’s no comparison between a digital zoom point and shoot and a digital SLR in terms of photo quality. But after awhile, it became burdensome to carry around so much equipment.I switched to longer point and shoot zooms and owned several models. In recent months, the last of these was sold and I’ve been using an old Fuji 6X zoom which takes good photos but lacks “zoomability.”

Samsung may not be in the same league as name brand heavy hitters, but this one was offered as a special deal online at under $200, so I gifted myself this holiday season. Today was the first test shooting birds at the outside feeders – shots were taken indoors from our kitchen window and outdoors in late afternoon. 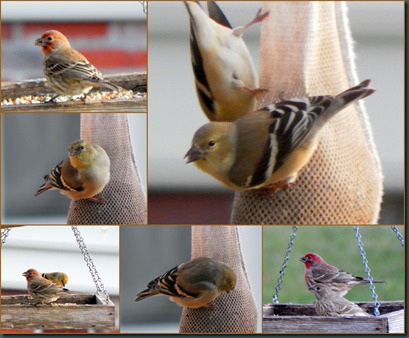 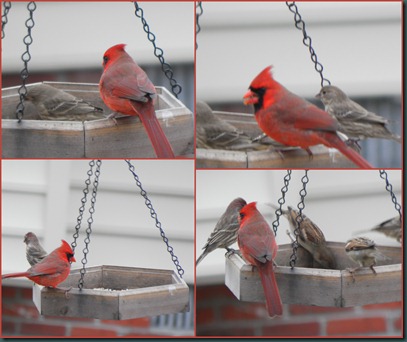 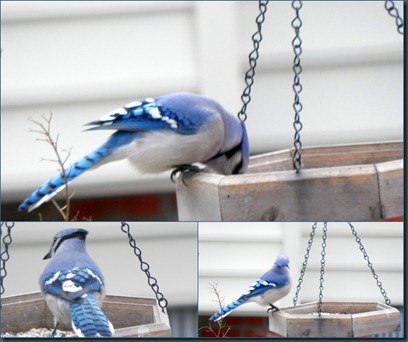 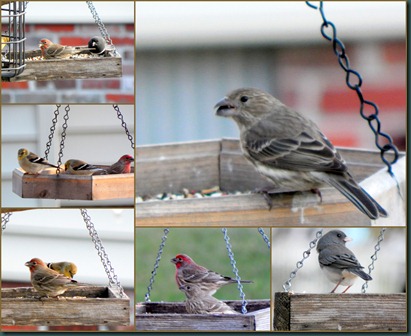 What do you think of its performance?

I think it's pretty neat! Even though I didn't really understand all those terms you used :o) thanks for the picture of the Blue Jay, they are rare down here in NC...Ginny

I think it's fine. I've heard some good things about Samsung recently. I understand why you would go this route. The DSLRs are beasts. So we make our choices.

A great gift.
And love the photographs taken with it.
Happy Holidays.
Costas

Seems to be a good camera! The colors looks as they do in real life too. Not a bad present at all :-)

Wonderful, wonderful shots. You can see the seed in the bird's mouth and the edges of their little feathers. What a great gift!!!!!!!

very nice shots and price,it can be easier to not have a lot of gear. Shooting today I had a point and shoot and my friend had a zoom on a DSLR and couldn't get the closer shots I could but the lens won over the long shots I was shooting.

Hi Ginny, sometimes those terms can confuse me too! No blue jays at all in NC???

AC, I still like the picture quality of digital SLRs but not the bulk and the micro thirds (or whatever they are called) made by Sony, Panasonic, Olympus are nice and compact but pricey and still have no optical viewfinder so a longer zoom digital point and shoot seemed a better option and less burdensome too.

Thanks Costas, I will be waiting to try it out on stationary objects as the birds tend to move around a lot and it has been windy too and I have been trying to capture them through the kitchen window. Thanks for the comment and visit. Happy Holidays to you as well.

Christer, I thought it was a good present to myself at the price paid because I have seen this model selling for much more. I will be anxious to try it out on other subjects and then post more results.

Sara and Mom A, I LIKE my gift too! Thanks.

Steve, the price was great (under $200) and while the camera build may not be as durable as some pricier camera, it's better than some others. I no longer like to carry a lot of gear when going out to enjoy nature, so I'm with you on that. I'll check your blog to see the photos you posted on your outing today.

Well, I'd say you did good! The photos are really nice.

WOW!!! What an improvement over the past cameras. Glad i finally got to see the posted pix. So now can i wrap it up and put it under the tree so you can be 'surprized' tomorrow morning?????
Your Grenville

Thanks Carole, appreciate the feedback.

Mona, coming from you that's a nice compliment. THanks so much.