Art and A Wasp

We're currently on a cross country road trip from New Hampshire to Oregon and posting about sites along the way. This post is about a stop in Bennington, VT.

If you're wondering about the post title, there is a connection in The Bennington Museum. 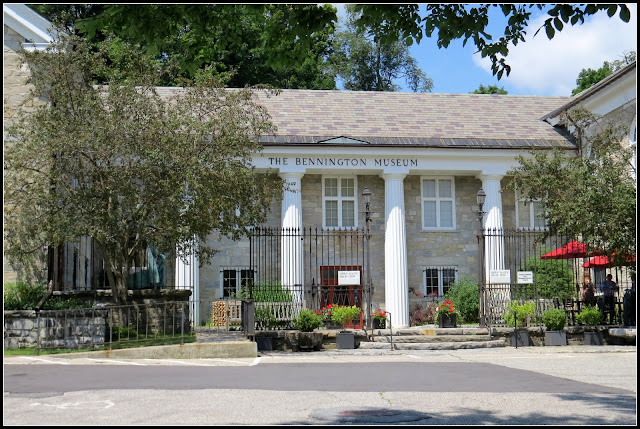 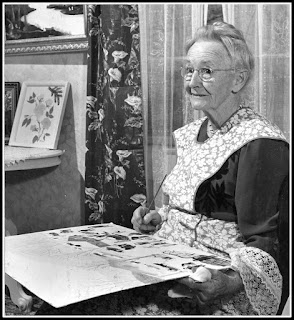 It holds the world's largest public collection of paintings by American folk artist Grandma Moses, Anna Mary Robertson (1860-1961). She began painting in her 70s and soon was one of America’s most famous artists known for scenes of rural life of bygone America.

Grandma Moses spent most of her life in Eagle Bridge, NY, 15 miles NW of Bennington and painted many Vermont scenes including Bennington (1953) which includes the gray stone Bennington Museum.

She was well known for her holiday and winter “fun” paintings and painted cheerful images based on memories of growing up on a farm and being a farmwife.

Photographs were not allowed for this exhibit. Ones shown below are from Internet sources solely for purposes of illustration.

Now, here's the wasp connection, but it's not what you may be thinking there's no insect. 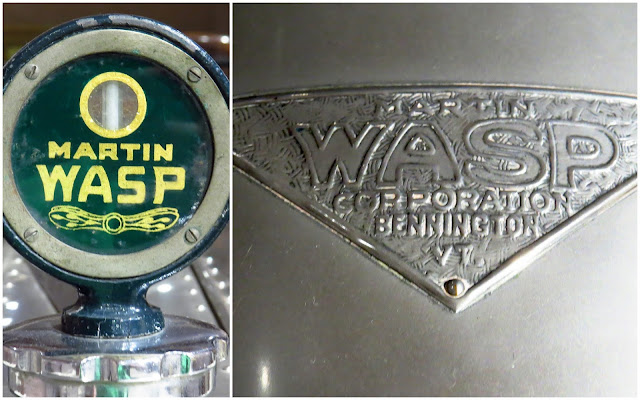 The “Gilded Age Vermont” exhibit included a luxury auto that (to our surprise too) was made in Bennington. This was a beautifully appointed touring car as shown below. 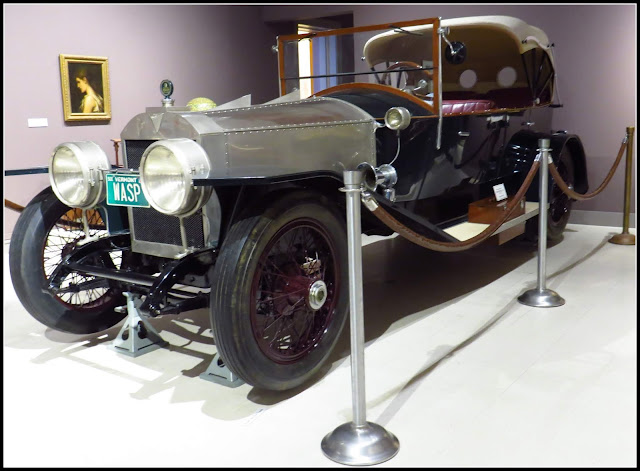 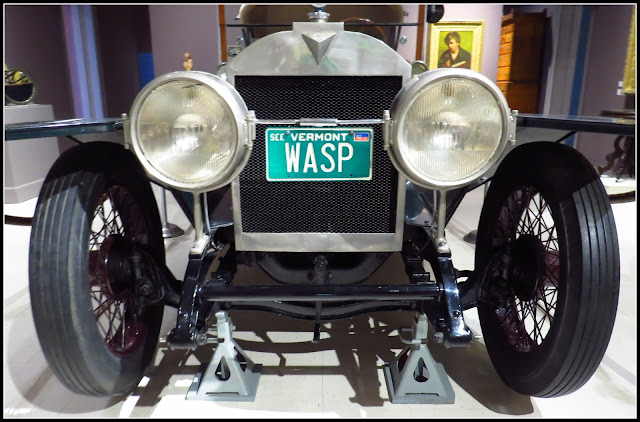 The Martin-Wasp was made by Karl Martin (shown below) between 1919 and 1924. Martin built 16 of the cars. After 1925, two more were assembled from spare parts. Curious about the original cost of this custom-built car, I searched online and learned that actor Douglas Fairbanks, then one of the nation’s top movie stars, purchased a Martin-Wasp for $5,500 while on display in the Commodore Hotel in NYC and had it shipped to his Beverly Hills, CA mansion.


The Martin-Wasp auto on display in the Bennington Museum is a 1924 6-cylinder model that was restored by collector Henry Marvin Dodge using a rolling chassis and spare parts purchased from Karl H. Martin in 1953. Martin never saw the results of this restoration as he died before it was completed at age 66.
Posted by Beatrice P. Boyd at 7:00 AM

Fascinating! I knew about Grandma Moses but not the WASP car!
Thanks for this post! :-)

I am learning something new every day! Thanks.

I have heard of Grandma Moses all my life and this is the first time I have seen the art. and I must say I like this wasp much better than the insect

The Wasp touring car is quite an interesting exhibit! Pity the designer didn't live to see the restoration of the original car.

My education continues. I remember when Grandma Moses was all the rage. I knew nothing about the rest so once again I learned something new.

I really like Grndma Moses work. There is several of them at the shelburn Museum outside of Burlington Vt. I should go check out the art here. It’s not that far away. Hope you don’t have any big storms on your travels. Are you still in Bennington or have you moved westward? Hugs. erika

Grandma Moses, one of my favorites.

Another great post, it is a joy to learn something new each day.

Lovely photos and wonderful history! I have always loved Grandma Mose paintings! Such a great history on her! Keep enjoying your travels......stay safe!

I would love to see the Grandma Moses exhibit.