We're currently on a cross country road trip from New Hampshire to Oregon and posting about sites along the way. This post is about a stop in Erie, PA. 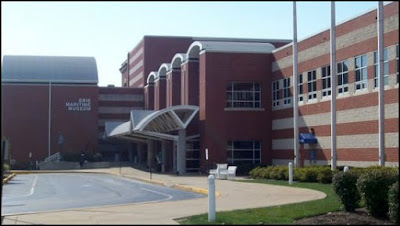 The Erie Maritime Museum is located on Presque Isle Bay in It opened in May 1998, it was the first new Pennsylvania Historical and Museum Commission (PHMC) museum in 20 years.

The museum serves as homeport for the U.S. Brig Niagara, which is a modern recreation of the ship that fought in the Battle of Lake Erie.
The post title refers to the fact that the museum is housed in a former PA steam-powered electricity generating station. 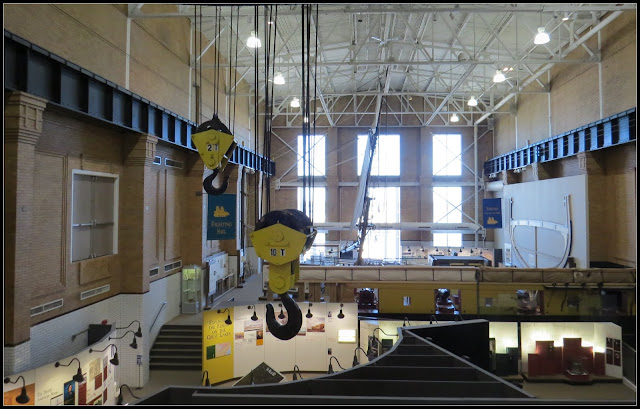 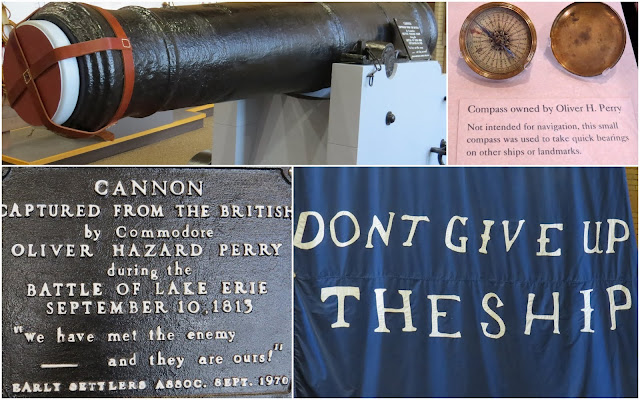 Commodore Oliver H. Perry transferred his command to the U.S. Brig Niagara. Then, he and his crew won a stunning victory over a British squadron, immortalized by Perry’s words: “We have met the enemy and they are ours.” 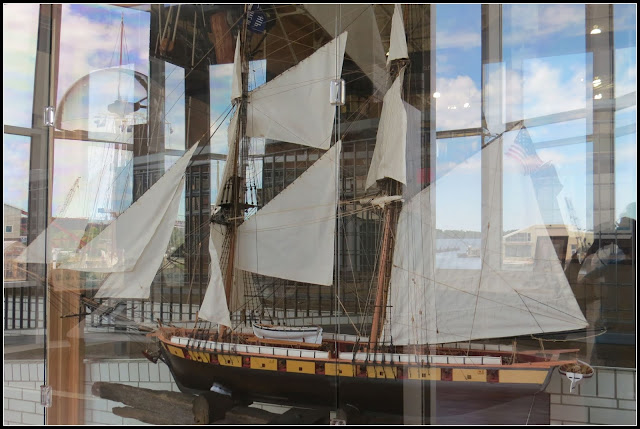 The U.S. Brig Niagara, a modern recreation reconstructed in 1988, is a certified sailing school vessel that offers sailing opportunities on the Great Lakes. When in port, the ship is the major "exhibit and is open for tours. Unfortunately for us, it was not at its home port when we visited. The photo above was of a model which was in a glass case. 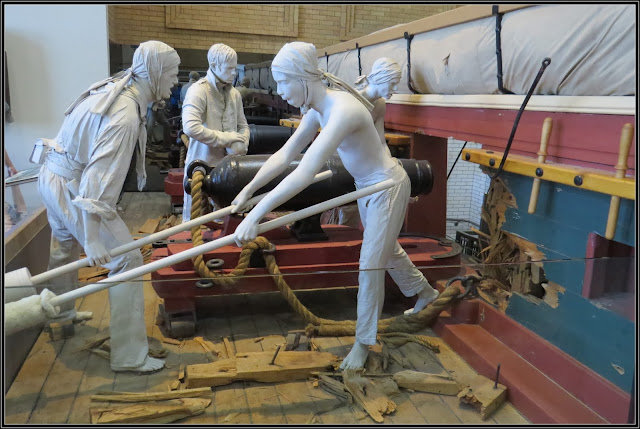 A dramatic display is the adjoining section of the Lawrence replica that has been blasted with live ammunition from the current Niagara's own carronades at the National Guard training facility. 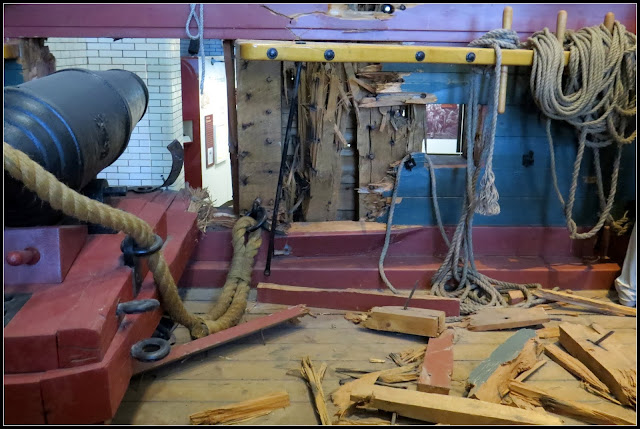 This "live fire" exhibit of the damage inflicted on the Lawrence recreates the carnage inflicted on both ships and men during the Battle of Lake Erie and throughout the Age of Fighting Sail.

While we found the museum interesting, it's not a place that very young children or even some adults would enjoy. It has a limited focus and when the premier exhibit (U.S. Brig Niagara) is not there, it's disappointing to museum goers, including us. 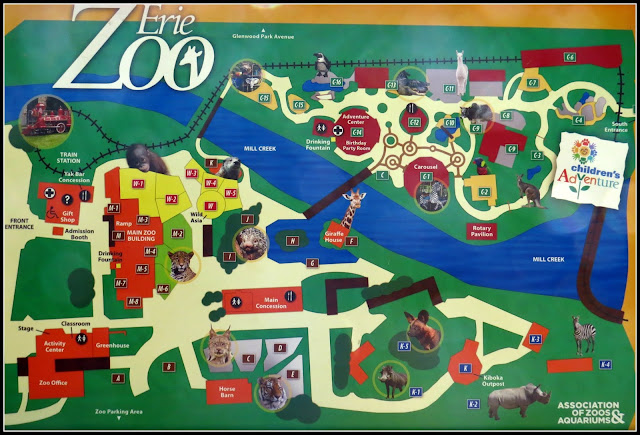 Since we needed a bit of fun, we headed to the Erie Zoo, which is located on 15 acres within the city. it was a fairly warm day when we visited and many of the animals were seeing shelter or resting, like this red panda and white rhino. 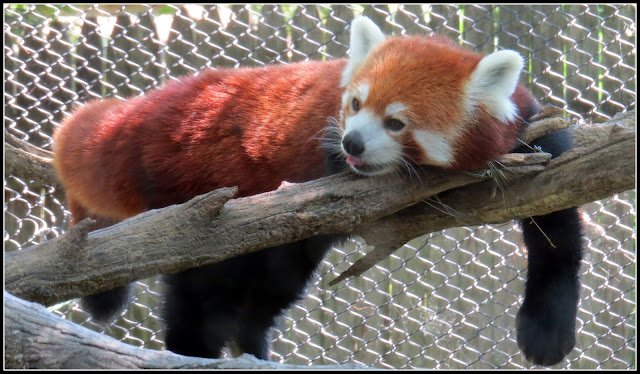 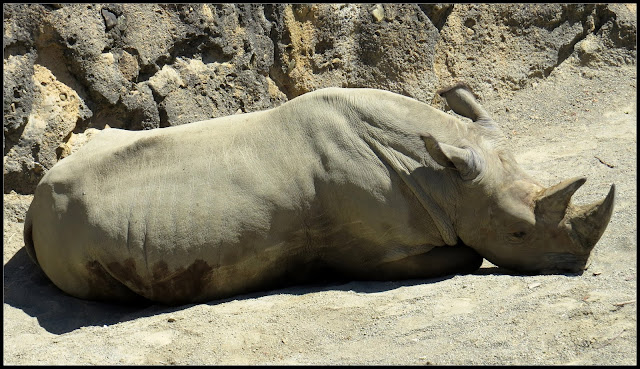 The zoo has more than 400 animals, and the botanical gardens and greenhouse have over 600 species of plants from around the world. 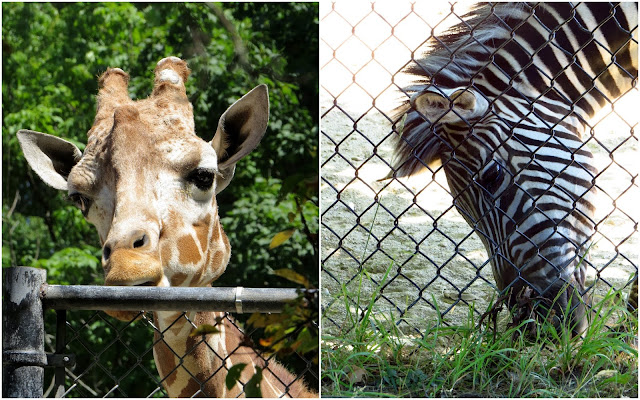 The zoo, which operates from March to November, attracts more than 400,000 annual visitors. The monkeys are always a favorite exhibit, although photographing animals in cages is not my preference, this fellow was quite obliging with a pose. 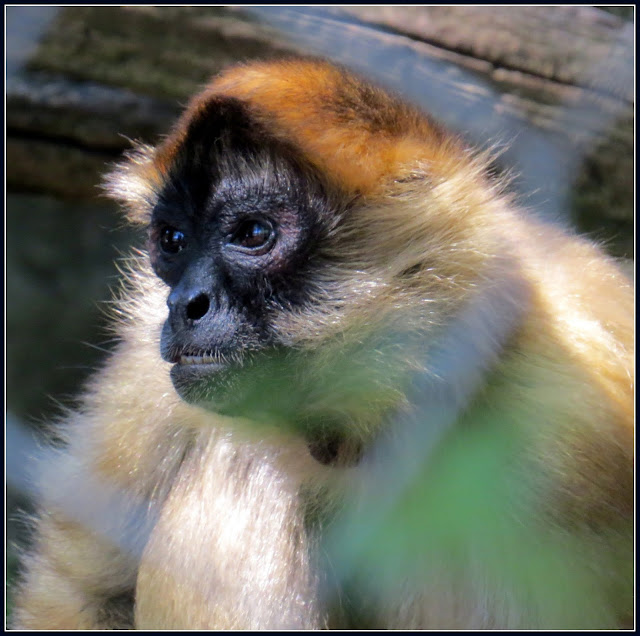 A good and interesting stop on your journey.

that ship is a beauty, you already know i prefer animals over any other photos. love the zoo trip, color me jealous

great photos! I always hate to see animals in cages though, they never look happy, they look sad,, I suppose they're safe but I always wonder,,,,,

I am not a big fan of zoos but also realise that it is a wonderful aid to conservation. You captured some great photos.

Amazing colours on the red panda.

I love the zoo and the museum not so much. I have toured US ships and find that fascinating. I do not want to feel like I am in the middle of actions of war. The pictures of the animals are wonderful. The red panda is so cute.

Great photos! I never seen a red panda before.
Have a wonderful day!

Well, traveling lady, your photos and wonderful places you are visiting are a joy to see! Keep having fun and stay safe in your travels!

Looks like you are having a lot of fun on your trip. Continued happy traveling.

Wow,that zoo has some good animals. I have never been to Erie and I imagine if it has a zoo it must be a pretty good sized city. Too bad the museum is a disappointment, but I guess there are places that are specialized like that and appeal to only certain people. Hope the drivings been good. hugs-Erika

I really like the last picture of the monkey. I agree with you about caged animals.

Of the two places, I would much prefer the zoo. You got some nice pictures of the animals.