What would you do if you lost everything and nearly all about the same time?

That's what happened to 28-year old Seattle ad exec Alan Christoffersen who lost the love of his life, his job, and home within 1 month, then he went for a walk -- cross-country.

In reality, similar misfortunes (and worse) have happened to many; however, Alan's story is  detailed in a fictional series by author Richard Paul Evans. These books relate how Alan, in the wake of several personal tragedies, sets out to walk from Bellevue, Washington to the farthest point on his map, Key West, Florida. 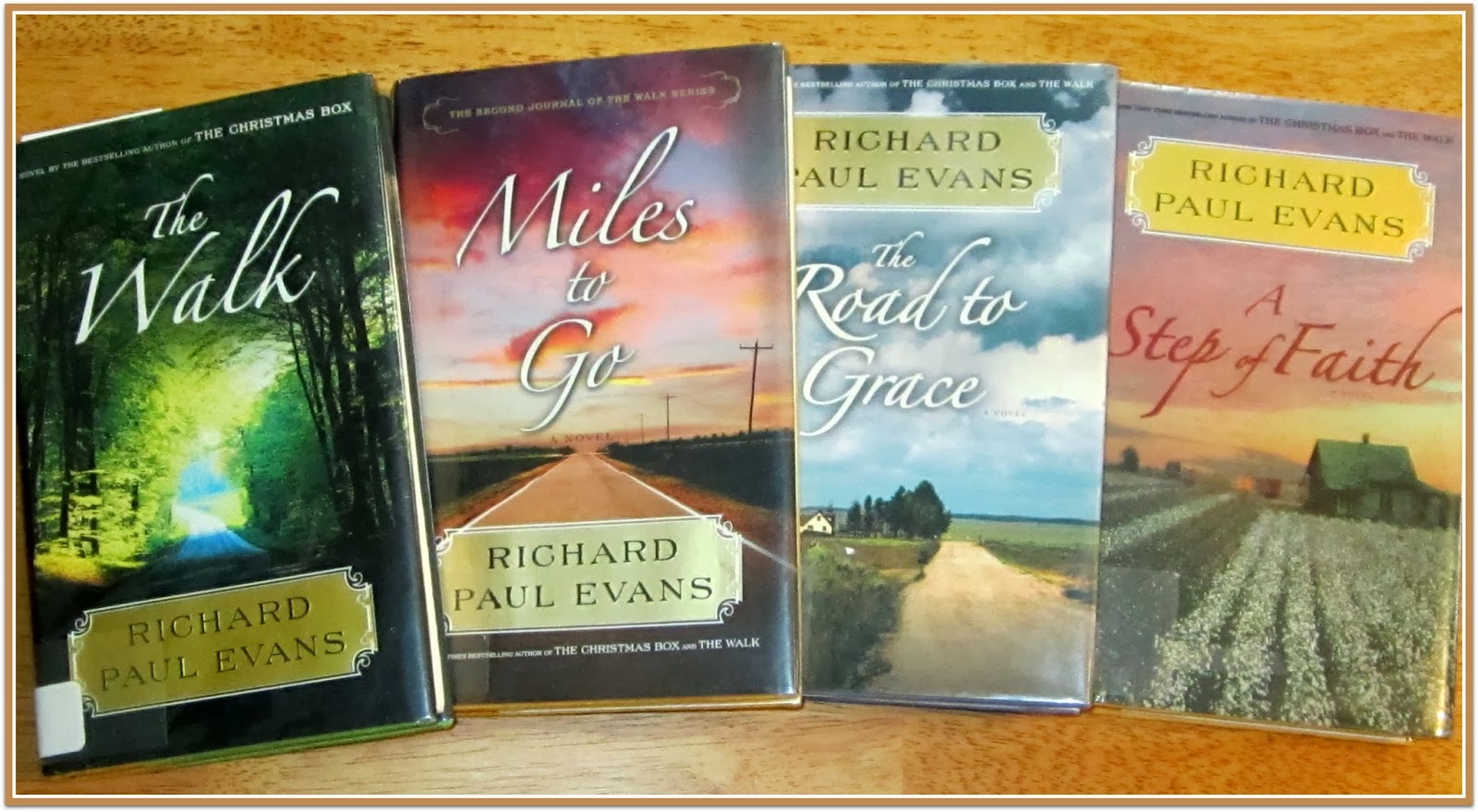 In the first book, The Walk, Christoffersen, who heads his own ad company (Madgic) is wildly successful in his business, and madly in love with his wife, McKale, whom he's known since they grew up as next door neighbors. His life is perfect, until McKale breaks her back in a riding accident and is paralyzed. Alan stays with her, leaving his partner, Kyle, to run the business. Kyle betrays him, taking clients and associates to form his own firm. When McKale dies after contracting an infection, Alan plans suicide, but instead, leaves everything behind to set off on a walk. The people and situations he encounters and the lessons they share with him, save and inspire his life.

Within a week, I read the first four books, published between 2010 and 2013. The final one is due this spring; I've already placed a reserve at our local library.

While the characters are fictional, Evans has a way of drawing readers into the story; his characters become people you care about. The books are "quick reads" that kept me reading nearly non-stop, sometimes late at night to complete one. (You may find yourself doing the same if you choose to start the series.)

Other books by this #1 best selling author include The Christmas Box, Timepiece, The Letter, The Locket, The Looking Glass, The Promise, A Perfect Day. Evans is also author of the popular teen series, Michael Vey.
Posted by Beatrice P. Boyd at 7:00 AM

They sound like good bedtime reading. Or maybe not, eh, maybe too interesting?

I might have to acquire this series of books. I love a good read.

I have never read any of Richard Paul Evans writings. Looks like I am going to have to put him on my reading list. Thanks B.

Always fun to find a book one can't sit down.

I haven't read any of them. But I'm always on the lookout for another good author.

I will have to look out for this author sounds good ! Thanks for sharing . Have a good day !

This sounds like a very good book! I'll be looking it up. Thanks!

I have not heard of this series...

Thanks for the wonderful review. I am adding these to my reading list.

I've read a couple of his other books but not this series. Sounds like a good one.

Those books sound like a good read. I read into the night, too, when the book is too good to put down! Have to see if the're on Kindle.