Baby, It's Cold Outside

So goes the title of a 1944 song and it was certainly true as the first winter storm of 2014, dubbed Hercules by The Weather Channel, struck the northeast with anywhere from a few inches to a couple of feet of snow, depending on the location.

On the VA eastern shore at The Frog & PenguINN, we scraped by with less than half an inch overnight. It was preceded by several hours of rain and then very cold temps. Friday, as we drove through parts of Maryland and Delaware these were some of the road scenes. Roads were clear in some spots; snow and ice covered in others. Tonight, at our final destination in Lancaster County, PA, temps are in the single digits, which is nothing compared to temps, that fellow blogger Elaine (Artic View) posted about recently. 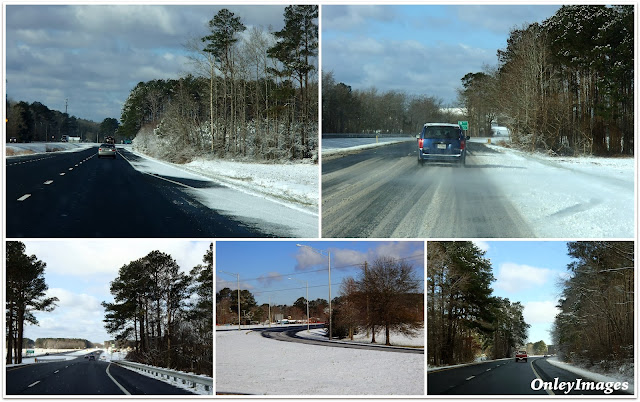 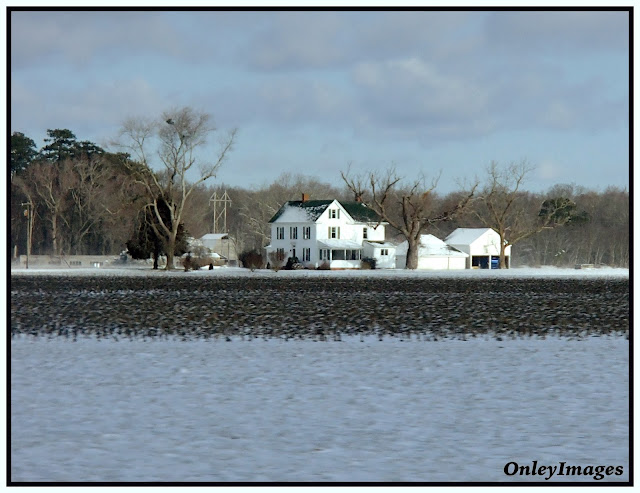 We were heading for a post-holiday family visit with family in Lancaster County, PA and another visit with fellow blogger Doris (Fun Fahn Times). 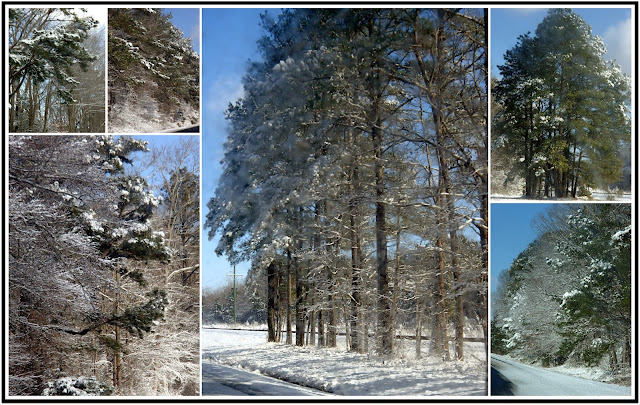 The overnight snow had stopped, but high winds were blowing it onto roadways. Sub-freezing temps kept the snow frozen in place on most of the trees. 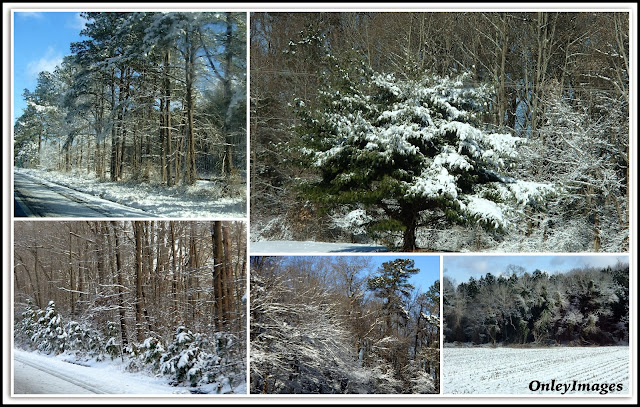 More about the song that inspired this post title . . .


Baby, It's Cold Outside is a song with words and music by American songwriter Frank Loesser, who wrote words and lyrics to Broadway shows, most famously Guys and Dolls.

The lyrics are a duet sung by a man and woman, referred to on the printed score as mouse and wolf. Returning to the wolf's home after a date, the mouse plans to leave; the wolf invites her to stay as it's cold outside.

Loesser wrote it in 1944 and performed it with his wife (Lynn Garland) at the end of evening parties to let guests know it was time to leave. She considered it "their song" and was mad when Loesser sold it to MGM in 1948. It was used in the 1949 film, Neptune's Daughter; Loesser won an Academy Award for Best Original Song.

Loesser, who died of lung cancer at age 59, was the lyricist for over 700 songs, you may know, such as: Standing on the Corner, A Bushel and a Peck, I Don't Want to Walk Without You, Heart and Soul, On a Slow Boat to China, Two Sleepy People, Spring Will be a Little Late This Year, Inch Worm, Praise the Lord and Pass the Ammunition, and timeless for the recent holiday season, What Are You Doing New Year's Eve?
Posted by Beatrice P. Boyd at 7:00 AM

Really like your wintry photos! We're supposed to be getting some nasty weather over the weekend here as well. We're still not over our sickness since coming home from Alaska for Christmas, so we'll just be staying inside.

the photos are amazing.. so beautiful... to cold for my southern blood...

Its so cold even the dogs don't want to go out

I love that song! And it is supposed to be 11 on Tuesday. I'm planning to stay in that day...

It was a tad chilly here (-8)as well but at least there's no wind today! Enjoy your visits!...:)JP

Love your photos. Loved sharing coffee with you this morning even more! Good times :) enjoy the rest of your stay in Lancaster County... Looking forward to the next time we meet!

We still have lots of snow and more on the way plus bitter cold temperatures coming too. Have a nice trip!

You've captured some beautiful winter scenes. I do wish we'd see a little snow rather than rain and ice.

I hope your mom is doing well recovering.

Nice along-the-road scenes! We've warmed up considerably here after sending all that cold air south--it's got up to the low 20s the last few days. We're all enjoying the balmy temps.

Isn't it strange how polar vortex has now established itself in the mainstream vocabulary?

Original photos used on this blog are the property of its blog authors. Please contact us beforehand if you wish to use any images. Thank you.

Folks Who Read Us