Today, is Valentine's Day or, as Grenville and I prefer, Hearts ❤️ Day


According to online sources, there have been many men named Valentine connected to the holiday, a number of were martyrs. 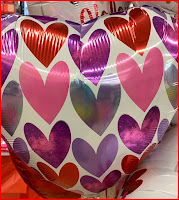 Under the rule of Emperor Claudius II, the Roman army relied largely on single men. Claudius had banned marriage as he thought it distracted young soldiers. To save lives, Valentine, bishop of Terni at the time, would marry couples to keep husbands away from war. Unfortunately, the emperor didn't think this was a noble or romantic deed and beheaded the bishop near the outskirts of Rome. After he was sentenced to death, young couples would visit his cell leaving flowers and cards. He's said to have died on February 14.

Another less violent tale states that a man named Valentine, after imprisonment by the Romans, sent a letter to a woman he loved with the signature, From your Valentine. 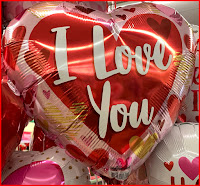 The widespread custom of exchanging cards and handwritten letters to lovers and friends began during the 17th century. However, it was in the 1840s that the first Valentine's Day cards sold by Esther A. Howland were mass-produced in the U.S.

Howland, known as the "Mother of the American Valentine," is credited with commercializing Valentine's Day cards in the U.S. by making cards handcrafted with lace and ribbons. Hallmark Cards produced its first Valentine's card in 1913. 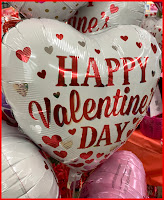 In the U.S., folks will spend billions of dollars to celebrate this date. Valentine's Day is the second biggest holiday for exchanging greeting cards after Christmas. Teachers receive the most Valentine's Day cards annually, followed by children, mothers, and wives. Hallmark Cards produced its first Valentine's card in 1913.

According to estimates, this year the average American will spend over $196 on Valentine's Day. According to a survey from the National Retail Federation (NRF) across the nation, holiday sales are expected to top $27.4 billion. While candy and flowers are the most common gifts for Valentine's Day, per the NRF, jewelry tops them at $4.7 billion spent. The second most popular gift is an evening out at $3.7 billion, followed by flowers, clothing, and then candy. 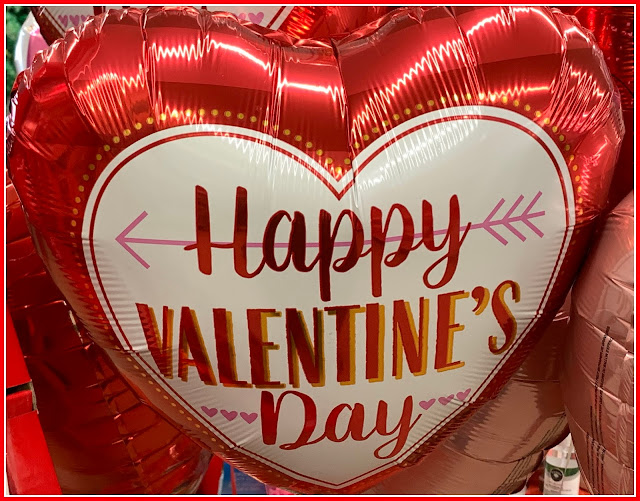 We're celebrating with dinner at home 🥰. Our menu will include filet mignon (a treat), fresh veggies, a glass (or two) or red wine and gelato for dessert.

How about you — Any special Hearts Day celebrating planned?
Posted by Beatrice P. Boyd at 12:00 AM

interesting information about valentines. we're both sick here. don't know if we'll be out and about until next week. it's 7 degrees here tonight. so we're bundled up under the electric blanket with our chills and fevers. enjoy your steak. Happy Valentine's Day.

An enjoyable post. Gosh, I hadn't realised it was Valentines Day. Time flies so rapidly, I can't keep up.

I enjoyed reading this,, I was surprised at the dollar amount spent on the big day,, we sure don’t spend that much in this house lol, but I suppose if you add up, the ingredients fir a meal, a treat , and possibly flowers it wouldn’t take long to add up. My husband is not the romantic type at all, I think he has bought me chocolate twice in our forty years together, no flowers, I usually make a special treat , that’s it. When the children were small we decorated and did more for the day.

My partner is in the Antarctica today so I will not be celebrating Valentines Day. Bummer.

I have a brother born on Feb. 14. The nurses wanted my Mom to call him Valentine

An early dinner out for us tonight. It’s a crazy day here at my primary school!

enjoy you steak and happy Valentines day to both of you.

Enjoy your meal together.

You've provided a lot of interesting information that I didn't know. I remember exchanging those little penny Valentines in school when I was a kid. It seemed like a much more simple time.

Your V Day meal sounds tempting. I think it's much better to spend the day peacefully at home, rather than to go out.
I'll be home with my two kitties - eating goodies and watching videos.

Happy Valentine's Day to you. We are eating at home tonight, but we are planning a dinner out in the near future to celebrate the day.

Happy Valentine’s Day to you and yours. ❤️

Happy Valentine's Day Dorothy! Enjoy your evening and have an extra glass of wine for me! :))

Hope your dinner was warm and cozy.

We stayed home (pizza and beer), figuring that everybody and their sweethearts were clogging up our favorite restaurants. So we'll eat out tonight, Saturday.

All the best to you both!

Interesting info ! Actually I am a displaced Valentine … my birthday being today Feb. 15th … 97 years young and holding.

I like the heart pictures in your post.
You've provided very interesting info regarding the history of Vaentine's Day. Thanks.

Our granddaughter's middle name is Valentine...named after her great grandfather.

Sounds like you had a great day planned. No celebration for me. I did send out a number of cards and a gift to my goddaughter.

Hope this finds that you had a wonderful Valentine's day . Your dinner sounds wonderful! My husband and I went out for dinner and enjoyed the day!

hope you two had lovely dinner my friend!

thank you for sharing information about day ,first one was known but other one was not familiar
more joys and prosperity to your days ahead!

I'm single, so it's an occasion I don't celebrate.