On a recent Sunday drive we visited Miller State Park, the oldest state park in NH, located on the 2,290-foot summit and flank of Pack Monadnock in Peterborough, NH. The park is named for James Miller, a native of Peterborough, who was a brigadier general in the U.S. Army during the War of 1812 and later the first Governor of Arkansas Territory.

Pack Monadnock Mountain in Southern NH is famous for its nature trails, and scenic views. It's the highest summit on the Wapack Trail, the first interstate trail system in the U.S. This 21-mile footpath that extends from Mt. Watatic in Ashburnham, MA to North Pack Monadnock in Greenfield.

We enjoyed some great views for awhile, before the rainstorm arrived.

The unusual name is believed to originate from the Abenaki, Native American Indians who settled in the area. According to local tradition, the word pack is a Native American word for little and monadnock is used to describe an isolated mountain summit. Pack (or little) Monadnock refers to its relationship to the higher Mount Monadnock which is 3,165 feet and 11 miles to the West. 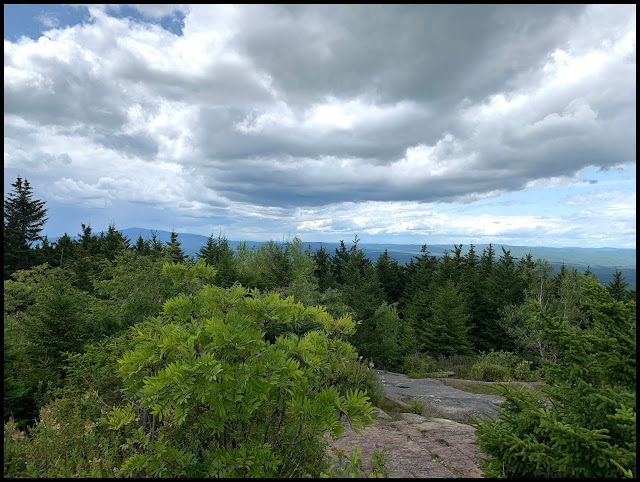 Pack Monadnock has a paved auto road This winding 1.3-mile road that leads to the scenic summit is open in summer and on spring and fall weekends. Admission is $3 for adults; $1 for children ages 6-11; children ages 5 and under. And in all NH State parks, NH residents age 65+ (like ourselves) are admitted free. No camping is allowed.

Three main hiking trails ascend Pack Monadnock to the summit. All three trails are similar in length (1.5 to 2.0 miles each way) and moderately difficult with some steep pitches. Any trail can be completed as a loop or an out-and-back. The auto-road can be walked or driven. We didn't hike during our visit. Grenville was on the mountain for a ham radio activation. I did a (very) brief exploration of nearby trails, but didn't venture far off the trails due to posted warnings about ticks and poison ivy. 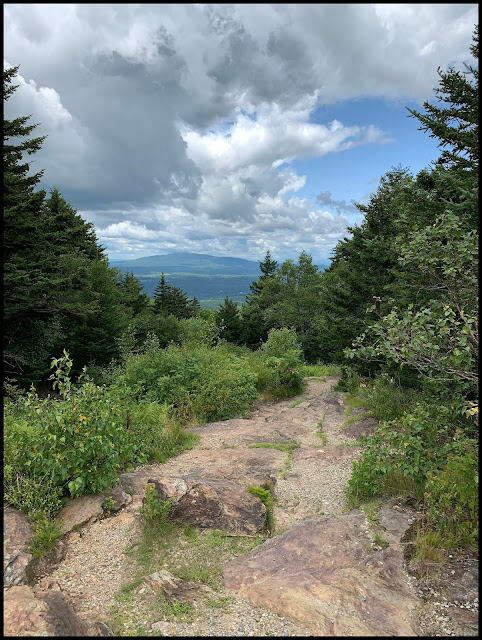 I read that many years ago two hotels were located; however there was no historical evidence to show their locations. Today, a renovated fire tower at the summit provides a panoramic view of the surrounding countryside including Mount Monadnock.

Other peaks and hills of southern NH and adjacent MA can be viewed, Mount Monadnock, Mount Kearsarge, Mount Cardigan, Mount Watatic, Mount Watchusett, and the Boston skyline. On clear days, the views reach Mt. Washington, the highest peak in the Northeastern U.S., Boston skyscrapers, and hills in VT. 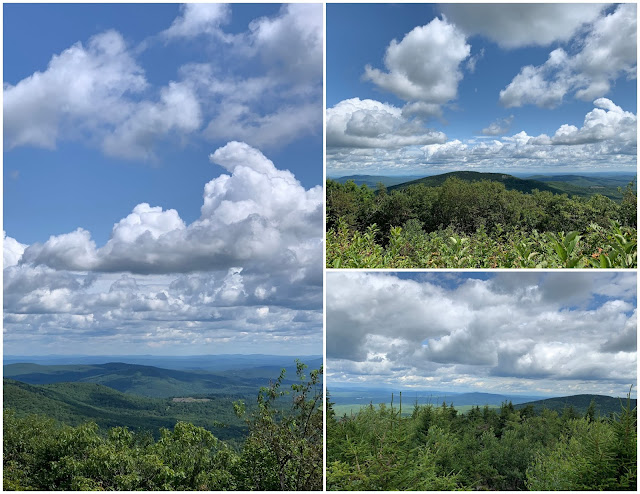 We're planning a return trip later this fall and hope to see migrating raptors at the park's Raptor Observatory hosted by NH Audubon. Audubon members staff the summit through the beginning of November to count raptors and discuss the project with visitors. 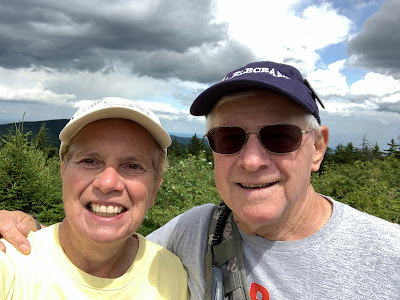 A series of rainstorms were on the way, so we made a quick retreat down the mountain. 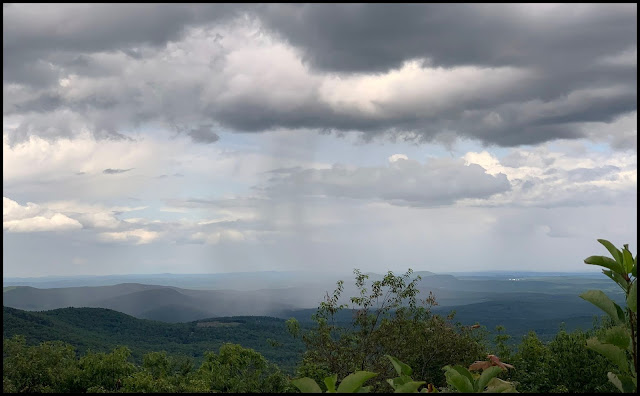 To think that a presen day hill was once far underground.

your photos are amazing as is the subject matter of the photos. wow. I did the slide show and enlarging the photos shows all the details. spectacular!

You live in a beautiful place, so much nicer than our towns and cities.

Truly beautiful photos of a stunning place. Love the history and really appreciate you sharing it here.

Check out the Cloud Appreciation Society website:
https://cloudappreciationsociety.org/
I think they would love for you to submit some of these photos and share them with a world that loves clouds like this.

There are beautiful territorial views from here, aren't there! And the clouds... such beautiful clouds! It's one of the best things about being in the mountains, the cloud formations made as weather breaks up and stirs around when it runs into a mountain range.

So beautiful. It would be a tranquil place to just sit and take it all in.

It looks like a very peaceful place. Colors are so vibrant.

What a beautiful place! I imagine fall colours there would be spectacular.

The clouds are indeed spectacular! As always, I look for the people in the pictures, and your selfie is great! You both look radiant and happy to be on that trip!

Great scenery in this area.Great skies!

Another beautiful tour, it was a delight to visit your blog today. Shame about the weather but it certainly made for some dramatic skies.

Gorgeous views. I haven't climbed Monadnock since I was a kid. Do you know it is one of the most climbed mountains in the world? I find that interesting with all the other mountains around and where it is located. But I enjoyed your post and I didn't know that State Park was the oldest in the state. Happy new week. Hugs-Erika

Beautiful views and photos! I haven’t heard of this mountain, although I’m familiar with Mount Monadnock. It would be awesome to be able to see the raptors!

You have some beautiful panoramas of the sky and clouds. Your adventures are fun.

The fourth picture down, showing the trail, is an awesome picture. The trail leads your eye all the way to the hills.

Such lovely views, both peaceful and breathtaking.