Something Smokey in TN

We're currently on a "southern" U.S. road trip from NH to FL and posting about sites seen & foods sampled along the way. This post shows scenics as we traveled to Chattanooga, TN from Knoxville, KY. 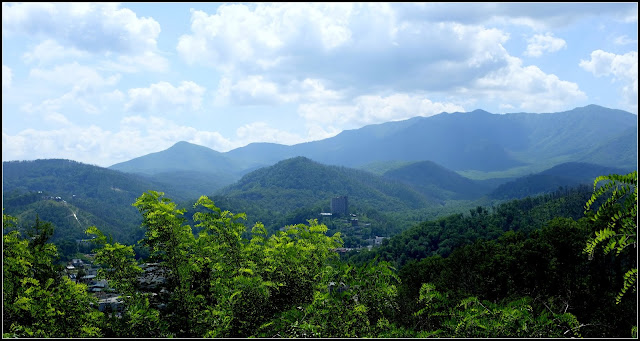 The Great Smokies are home to the Great Smoky Mountains National Park, which protects most of the range and covers 522,427 acres of endless ridges of never-ending forests. 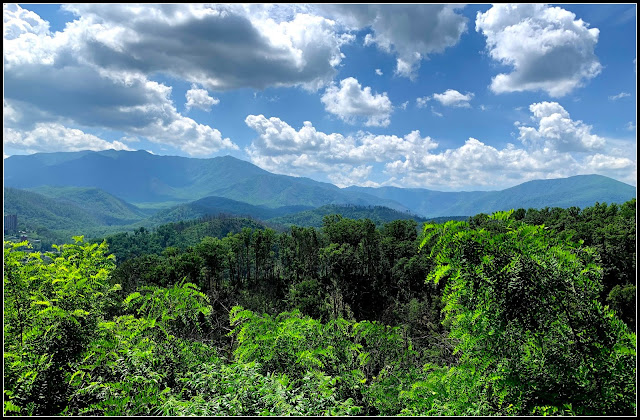 The park was established in 1934, and, with over 11 million visits per year, it is the most visited national park in the U.S out of 59 national parks. It’s open all day, every day of the year; however, some facilities and roads shut down in winter. (The second most heavily visited national park is Grand Canyon, third is Yosemite, and fourth is Yellowstone.)

Natural fog often hangs over the range and gives the mountains their distinctive bluish tint which looks like smoke. The fog results when vapor is released from the area's vegetation and molecules that make up the gas scatter blue light from the sky. The Cherokees called this “blue smoke.” 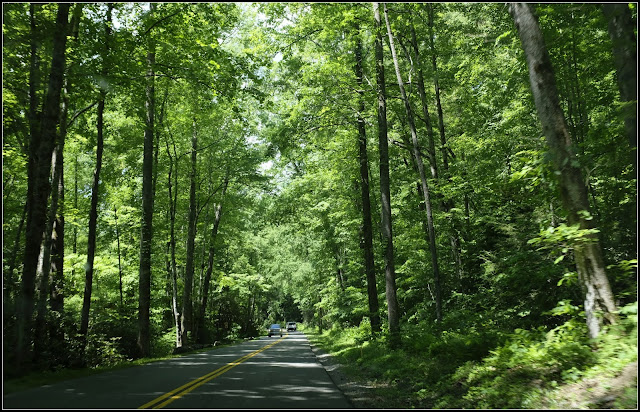 While we didn't get the chance to spend extended time in the park, just driving through a portion and seeing some views was awe-inspiring. Thankfully, the weather was great too. An extended drive is definitely on our "to do" list for a future road trip.
Posted by Beatrice P. Boyd at 7:00 AM

Yes. Do go back someday.

Looks like a beautiful area to spend some time. -Jenn

to me, there is nothing in this world more beautiful than our natural world, so beautiful, so necessary and I hope we can keep the humans in charge of the world from destroying it more than we already have

oh dear Dorothy THANK YOU SOOOOOOO much for sharing these stunning views from your wonderful travels !!!!!!!!!!

these are typical my type of places :)))

i absolutely LOVED these smoky mountains ,so absorbing and so beautiful !

Wow, the Smokey mountains, I have always wanted to see, Friends of ours have travelled your way through the States many times and they always say it’s the most beautiful place to see!

This one is on my list. I think it is one of the most visited in the US. Your photos are great!

Wow, such beauty. Makes me want to spend time there too!

Visit, yes,by all means and as often as possible; living nearby - no. Forests re dangerous. One can't escape their fires.

How lovely. Wishing I lived nearer.

It is a magnificent landscape.

Beautiful, a place that I would truly love to visit.

i didn't know the park was so large. good that a large natural area is protected.

Very beautiful images! I have not yet ever traveled in the Smokey Mountain region. Your images have made me want to make it a destination!

Lovely photos! I love the Appalachian Mountains. I was lucky enough to live within that mountain chain in Orford, Quebec for a while. Enjoy your tip!!! :)