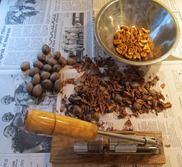 Pecans are a southern treat, delicious in lots of recipes, but also costly, unless you harvest and shell them yourself. This has been my ritual from mid-Nov. to late Dec. BUT, yesterday, I shelled the last ones harvested from our neighbor’s yard. Jim, the neighbor, enjoys pecans, but dislikes collecting and shelling them; he greatly enjoyed the packages of shelled ones given at Christmas.

Our local supermarket sells a 1 lb.package of pecans for $10, so my current stash of 7-8 lbs. is costly. And, that doesn’t

count the packages given to friends and family at holiday time. These cinnamon roasted pecans were a BIG hit — easy and cost-effective as I didn’t need to BUY the pecans, just shell and roast them.

My usual shelling station is by the kitchen window that gives a view of the flat bird feeder — it’s the most popular one with BOTH sunflower seeds and pecan “rejects.” 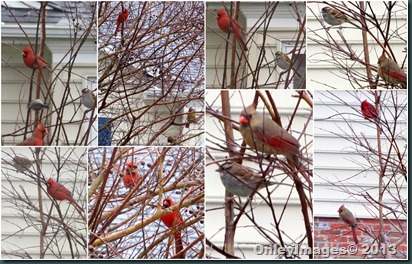 There’s been a steady stream of bird visitors, despite the nearly non-stop rain we’ve been having since the weekend. At times, there have been as many as 8 to 10 male and female cardinals — a few recent ones . . . 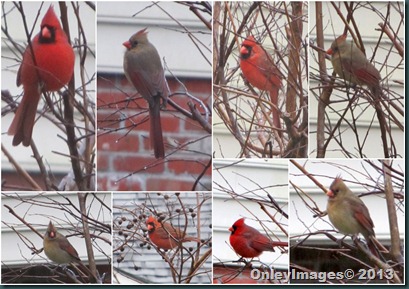 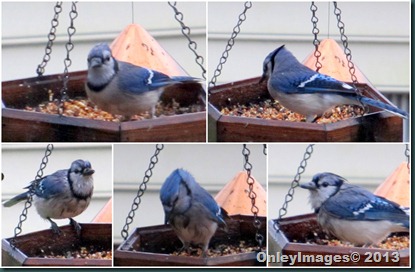 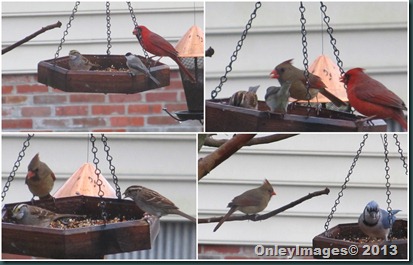 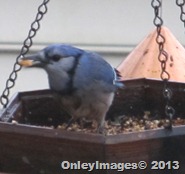 Lucky for them, there’s still a supply of pecan rejects  to go in the feeder, but when they’re gone, these treats end.

I'd probably want to eat the rejects myself instead of give them to the birds! Ha! The cinnamon ones sound great. I love pecans, but rarely buy them because they are so expensive.

Lovely photos of the birds!

I like pecans...and your photos collages are really nice!

Ha! I think I read pecans as cashews the last time you posted about this. They get muddled in my own nutty head.

How do you stop the squirrels from eating all the food??

and i was upset because our pecans are 7.98 a pound... we only have 2 cardinals, mister and misses and they sing a song every morning at daylight for about an hour.. ii recorded their song a couple days ago but when i upload to blog it will not play

I think the price for pecans is much the same over here but they are not shelled though. But they aren't that common in stores here, I think we prefer walnuts more.

Those Cardinals are so beautiful! The Bluejays too even though they might be bad at sharing :-)

Hi Judy and welcome to our blog - thanks for your previous comments as well. To answer your question about HOW we keep any squirrels from eating the food, they don't seem to both. There's enough pecans for them to bury or chew on. We will soon be getting the very unwelcome hordes of starlings and grackles which will descend and eat everything in the feeders at once.

I love pecans, too. And bird feeders. But we don't have them. They attract bears and we live in bear country. And our cats would try and eat them, making luring them to their doom a mean thing to do!

If you see a very large shadow of a visitor to your feeder, don't worry, it's only me, coming for the pecan rejects!

I find pecans so tricky to shell. You must have the right technic. I think they are my favourite nut but you are right, they are expensive.