As if the years don't seem to pass fast enough, today is a very special 🎂 day in our family. 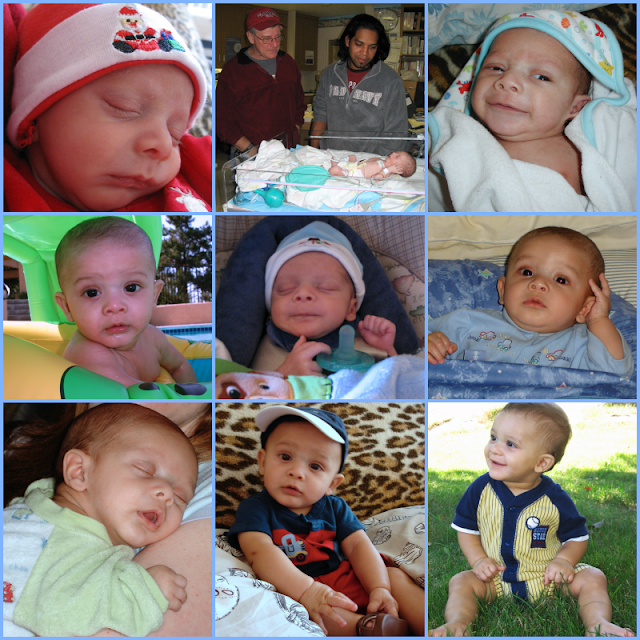 It's the 16th birthday of oldest grandchild, Bobby (Robert Thomas) who is named after his great grandfather. Unfortunately, we will not be in RI to celebrate this milestone event, but will video chat today. And, we'll see him and other family in a couple of weeks to celebrate Christmas and family birthdays together. 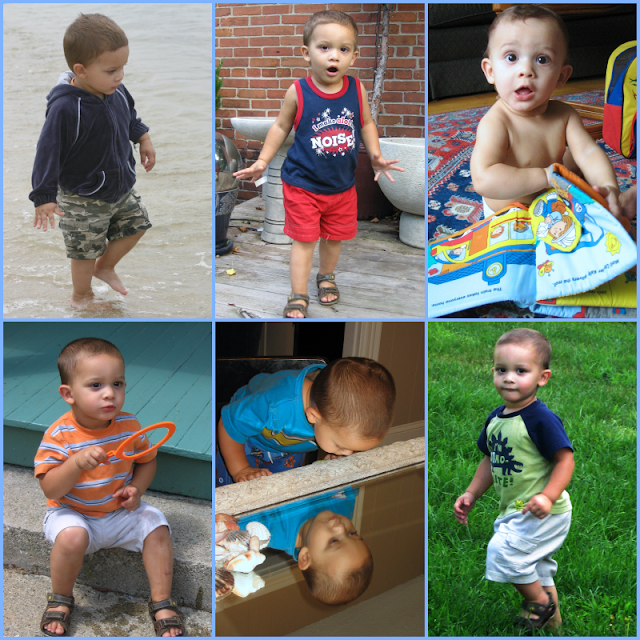 Bobby was a preemie and spent his first 2 weeks in a neo-natal unit until he reached a sufficient weight. His  release came in time for his parents and us to celebrate not only his birth, but his first Christmas too. 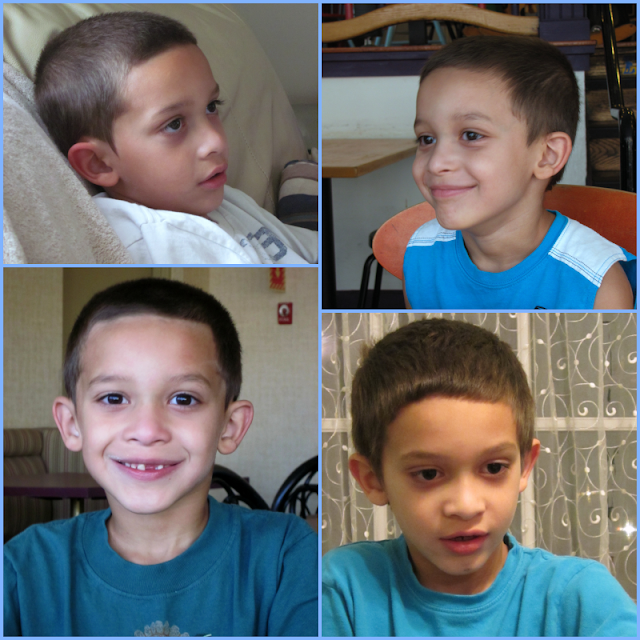 It hardly seems that many years ago that we were notified of this now teenager's impending arrival and flew cross-country from our then VA home to CA, where his parents were then living. 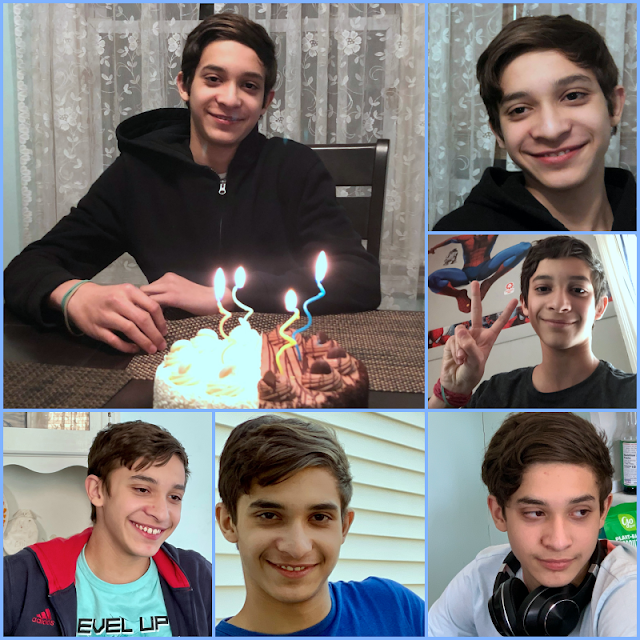 Of course we're prejudiced, but we are extremely proud of this young man as we have watched him grow up. He is kind, caring and helpful—and very much loved ❤️. 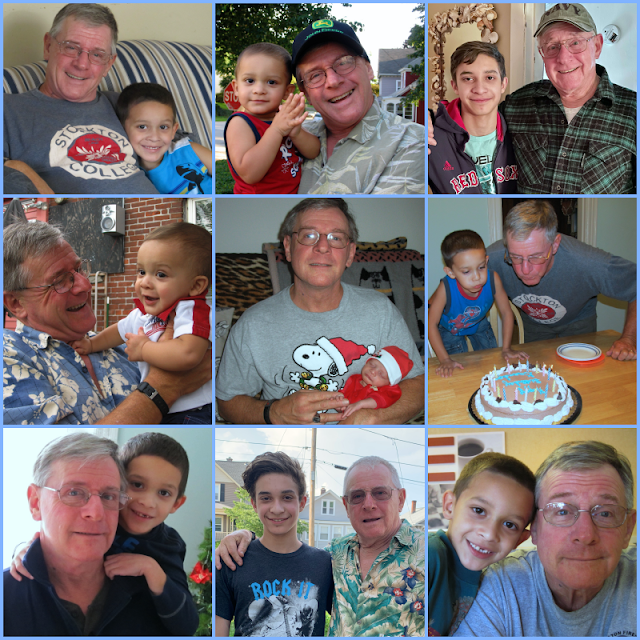 Looking through images to include in this post, there were (too) many favorites, especially ones like there of Bobby with his grandfather (Grenville) which are among my favorites. 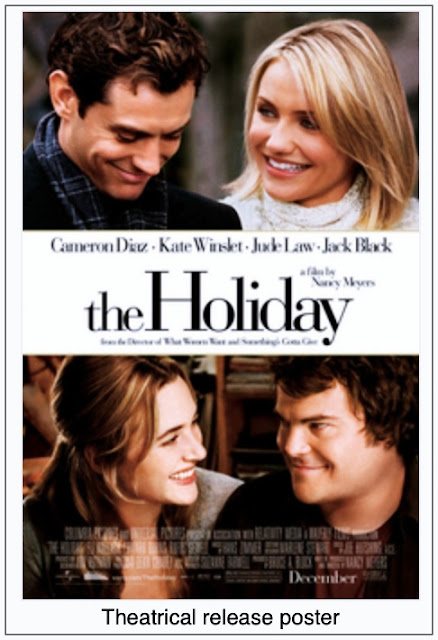 This ↑ is the reason excuse for the lateness of this birthday post. It's connected with Bobby's birth. We spent a few weeks in CA and where we saw this film released during the holiday season that year. One of our favorite holiday films, it's appropriately called The Holiday.
Many of you may be familiar with the plot lines, others may not. Here's a synopsis and the trailer: unlucky-in-love women (Amanda and Iris) arrange a 2-week home exchange between the US and England to escape heartbreak during the holiday season. English Iris finds herself in an CA mansion, while Amanda is in a picture-perfect English cottage and village. They both find that a change of address can change their lives when they both fall in ♥️.
Yes, this romantic comedy has a predictable outcome and, of course, the lead actors (Kate Winslet, Cameron Diaz, Jude Law, Jack Black) are attractive and charming. But, it also has a long running time—2 hrs and 15 min. (Admittedly, we stayed up late and watched a second favorite 2003 holiday film, Love Actually.)
Maybe, one day, grandson Bobby will enjoy it as much as his older grandparents. At the moment he's more into video games than rom-com films—but one day, he may watch this film with his own ♥️ interest (not, that we are rushing anything).
Posted by Beatrice P. Boyd at 11:00 AM

Lovely cavalcade of Bobby pictures! Happy birthday to him. A Sag! Sags rule!

Happy 16th to Bobby! Good grief, have we both been blogging that long? I remember when he was born! What a handsome young man he has become. I understand why you are so very proud!

Bobby was an adorable child and is a very handsome young man. I think he will find his own ❤️ interest! Happy Birthday, Bobby.

Your grandson was a beautiful baby and is a handsome young man. (And with good looks that are obviously more than skin deep -- I know you are very proud of him and am glad you can spend more time with him and his family later.)

I don't know the first rom-com, but love the second one.

Thank you everyone for the lovely birthday messages. Hope everyone has a good Christmas.

it is amazing to me that bobby is 16, he was just maybe 5 or 6 when we first met. Happy 16th Birthday. I have not seen the Holiday but would like to and Love Actually is one of my most favorites

Happy Birthday Bobby!
Beautiful from the heart photo tribute
"The Holiday," is also on my favorite holiday movie list. Great film without being a mooshy corny romance.

Time flies. Happy birthday to him.

Happy birthday to Bobby! Time just flies by, doesn't it? Such beautiful pictures you posted of him.

An adorable baby,toddler, boy,and young man. I hope his 16th birthday is a sweet one!

Happy Birthday to your very handsome and sweet grandson Bobby! 16 is an all important age for a young man...he'll probably be itching to start driving, along with many other firsts. I hope you get to have a good visit with him at Christmas! These grandchildren do grow up way too fast. I've never seen that movie but now you've got me curious. I may have to look it up. Have a blessed and happy Christmas season.

Happy birthday to Bobby! The time flies by so quickly. :)

You have caused me to realize that we get a 16-year-old in ‘23. She is already anxious to drive. Good ting we have graduated licences.

And congrats to Bobby, of course.

Yep, kids do have a way of growing up. Funny thing is we grow old at the same time. They say that mirrors don't lie but I am starting to question that!

The years tick by so fast what a handsome young man happy birthday!
I just looked back at your thanksgiving how lovely and with friends too.
I have never stayed there but we have stayed at the Mount Washington and attended events there. It is kind of like disney you wake up and it's Christmas!
The Holiday is one of my favorite holiday movies. I mean Jude Law! We have watched some old Bing Crosby movies so far. I watched Love Actually not a favorite.
It is good to catch up
Cathy

He is such a handsome young man with a wonderful smile. Happy Birthday.

Awesome kid! He is truly good looking. May he have a great career ahead. I have not watched that movie, but am glad you enjoyed it.

You have a wonderful and very handsome Grandson. Happiest of birthdays to Bobby.
I love seeing family photos.
Glad you can be with them for Christmas.
Sue

What a handsome kid! Looks as if he enjoyed a great birthday! Hope you get to see him soon because more grandson~grandfather photos are needed.

I thought I commented on this post last night also, but I guess it didn't go through. Bobby has grown into one handsome young man. I love the photo with him and his cake. And I also wanted to mention I read the Moonflower Mystery by Horowitz also, and it's a good book. He's on my to read list, as are so many other books. Have a great start to the new week. hugs-Erika

Such fun to see all the photos from over the years. He's certainly a handsome young man. I know you're terribly proud of him -- and should be!

A lovely birthday tribute to your grandson. He sure was cute and now a charming young man.

Happy Birthday Bobby, and seeing him at all those ages, such a handsome young man. Awesome photos! I wish him a lifetime of happiness. I know the movie and have watched it a couple of times.

It is a blessing to see this boy grow up to be such a fine young man. Thanks so much for visiting me this week and leaving sweet words of comfort! I sure appreciate them. Hugs, Diane

Hi Beatrice, Nice birthday tribute to your oldest grandson Bobby. Looks like a nice young man! When looking at our 2 grandsons, I really feel old...shrinking too. Emmett is 19 and is 6'4" while his brother, David III will be 22 next week...and he is 6'5". In the meantime, I'm shrinking down from 6'+ a little to whatever now. Had to have my pant re-hemmed. We also love "The Holiday" and watch it more often than just about any other old movies. Take Care, Big Daddy Dave

The years fly by so quickly, our eldest Grandson turned 18yr this year.

That is a lovely photograph of your Grandson Bobby on his 16th birthday, I send him lots of happy birthday wishes.

Happy 16th Birthday to Bobby!
Such a handsome young man!

I've never seen The Holiday. I must try and track it down. And Happy Birthday to Bobby!

Happy Sweet 16 Bobby! Time flies eegad....I'm not much into Romantic Comedies so I never saw the ones you mentioned. I do love Jack Black when he does his silly humour though! ☺


Happy Birthday to Bobby! What a handsome fellow!

Haven't seen "The Holiday" yet, but I'll give it a look.