There’s nothing better than a good read and, for me, it's more so if the story is about actual events. Yet, some non-fiction books can be boring or difficult to get through. (I've read my share of these.)

Not so when reading a book by Erik Larson, a nonfiction author known for authoring novels dealing with historical events. His recent bestselling novels include: Issac’s Storm, In the Garden of Beasts, Thunderstruck, The Devil in the White City. 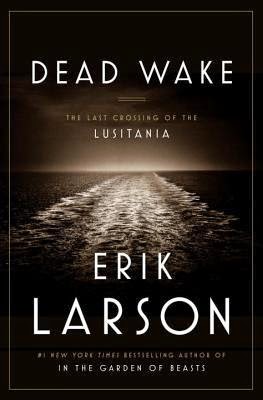 Dead Wake: The Last Crossing of the Lusitania, released March 10, is a fascinating and engrossing read, currently topping the best seller lists. (Luckily, I read about its pending release before it arrived at the public library, and as able to check out a copy within a week.)

On May 1, 1915, the British Cunard liner, RMS Lusitania sailed on its 101st eastbound crossing from New York to Liverpool, England, carrying a record number of children and infants (including 128 Americans). The liner sailed even though Germany had declared the seas around Britain to be a war zone.

As we know, Lusitania never reached its destination. After six days and 11 miles off the Irish coast, the 787-ft liner was struck by a single torpedo from the U-20 German submarine and sank in 18 minutes. In one of history's most catastrophic maritime disaster  over half the passengers and crew on board died—1,198 out of 1,962.

The U-20 captain, Walther Schwieger, learned that the Lusitania had no naval escort and, following the German government’s new policy of unrestricted warfare, fired a single torpedo (not two as reported in some news accounts) into the Lusitania’s hull. Soon afterwards, a second explosion rumbled from inside the liner; she quickly listed to starboard, preventing many lifeboats from being launched.

Controversy has long surrounded the Lusitania's sinking. Larson provides no ready answers, yet discusses many of these issues, including: 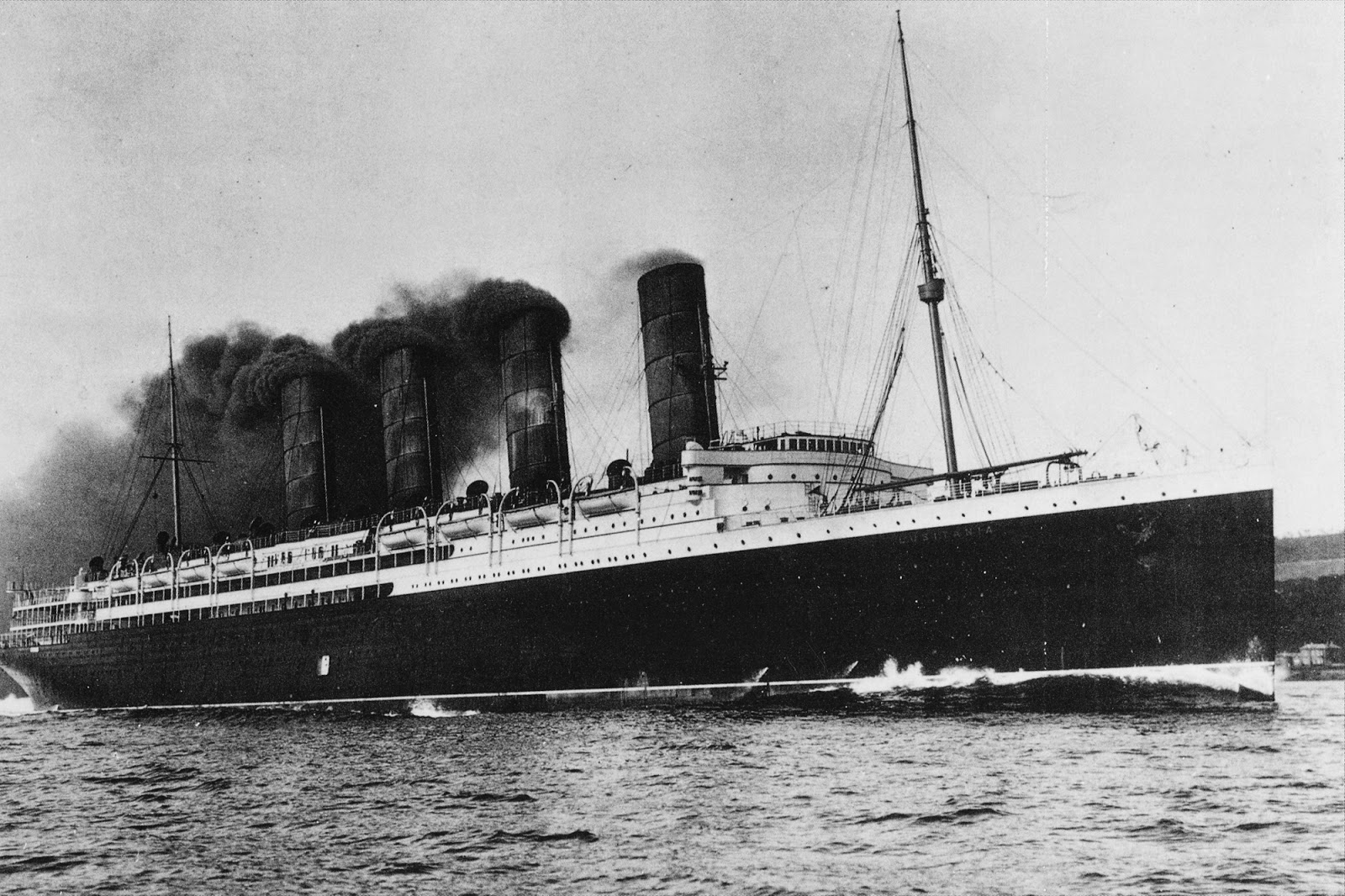 Larson is not the only author to write about the Lusitania. Other books include: Lusitania: Saga and Myth (2001) by David Ramsay. Diana Preston, authored Lusitania: An Epic Tragedy (2002), which was recently released as an e-book and re-titled Voices of the Lusitania.

For myself (and others) curious to know more about the Lusitania, there's the online, The Lusitania Resource, with information on the ship, its passengers, crew and more.

Did I enjoy this book and would I recommend it — a resounding YES. Dead Wake has already been optioned as a film, just like Titanic. But, as most people know, the book is always better than the movie. For example, the 1955 nonfiction, A Night to Remember, by Walter Lord is considered a definitive resource about the Titanic.

FYI , today, marks the 103rd anniversary of the RMS Titanic sinking.
Posted by Beatrice P. Boyd at 6:00 AM

sounds like a must read to me. I posted a book review on my blog today.

Very interesting! I knew the Titanic had gone down in 1912, but didn't remember the exact date.

I am a fiction only reader.. hubby rarely reads but when he does it is non fiction..

The mysteries surrounding the sinking of the Lusitania are many. Some have even said that it was a deliberate sacrifice of all those lives to draw the United States into the war. It sounds like an interesting book but I always wish for definite answers to some of the mysteries that will never be solved.

This sounds like a book we would both enjoy. Great review :)

I loved his Isaac's Storm in particular, and I'm on a list for this book at our library.

There is a display on the Lusitania at our War Museum, including a porthole from the ship.

Very tragic. The theory that military supplies were on board has been popular lately for I've heard it on TV programs.

Thanks for the heads-up. I love his writing and especially his book "The Devil in the White City".

Thanks for the heads-up. I love his writing and especially his book "The Devil in the White City".

I have heard about this and I think they showed something about it on tv not long ago. It looks as if I need to get this book, it does sound interesting!

Stopping by to wish you both a good day. Thanks so much for sharing about this book.

OK. Going to look this book up. Thanks for the review.

I always enjoy Erik Larson's books as nonfiction and particularly investigative journalism with a historical bent are my favorites. I have several books ahead but will be reading Dead Wake as well.