Did you know that 1 out of every 2 two beers consumed in America is made by Anheuser-Busch? 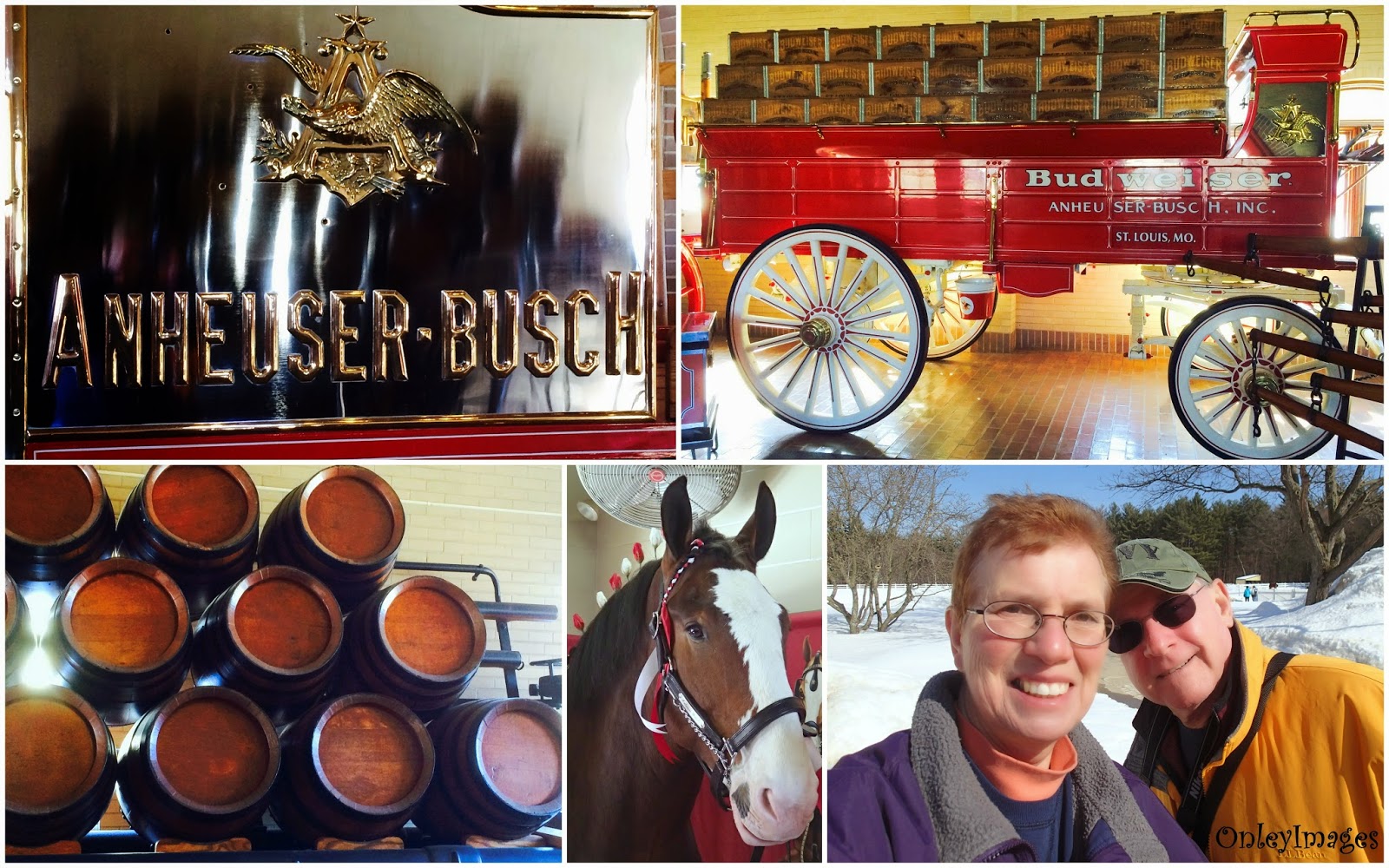 It's OK, if you didn't know that as neither did we. In early March, we visited its Merrimack, NH brewery that serves all New England. Out of all 12 Anheuser-Busch breweries in the U.S. breweries, this location in the picturesque Merrimack Valley is considered the most scenic. We can't vouch for the view as on our visit, there was a lot of snow. 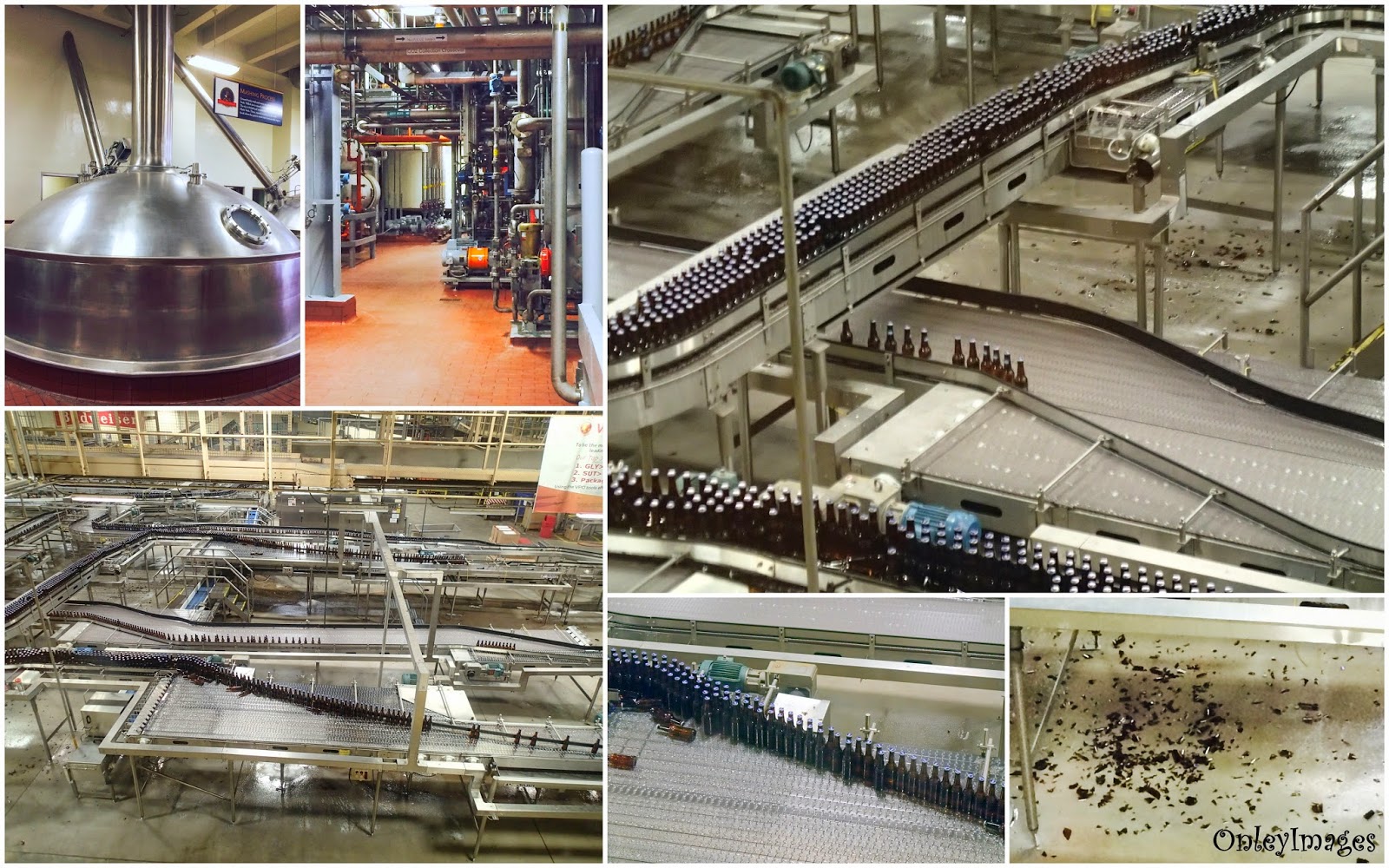 The free 40-minute brewery tour is capped with a 15-minute visit to the sampling room, where adults can select 2 samples and a bag of pretzels. Younger visitors get a choice of soft drinks. 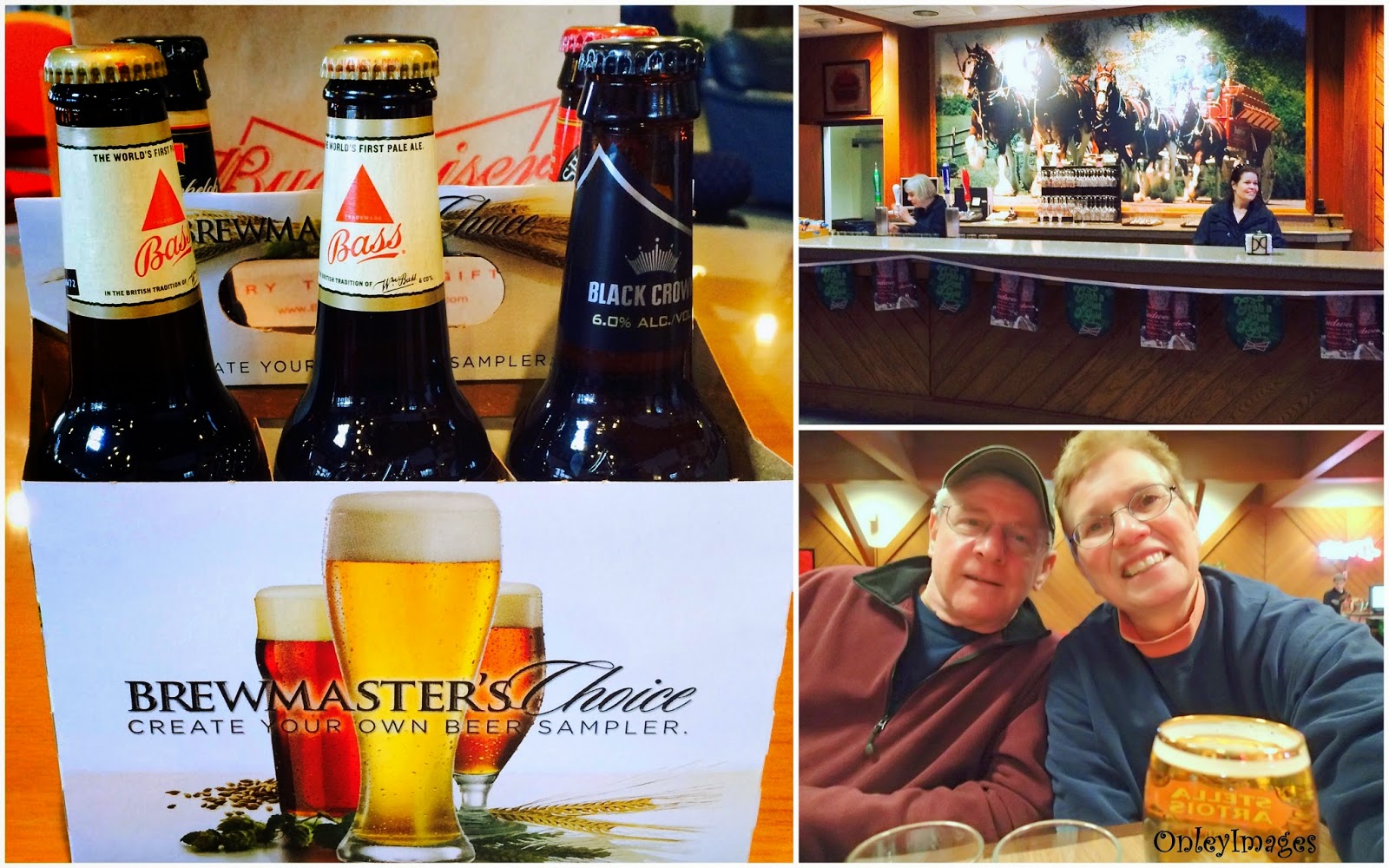 The same week we visited Moonlight Meadowy in Londonderry, NH. However, this location was less scenic as it's currently housed in an industrial building. 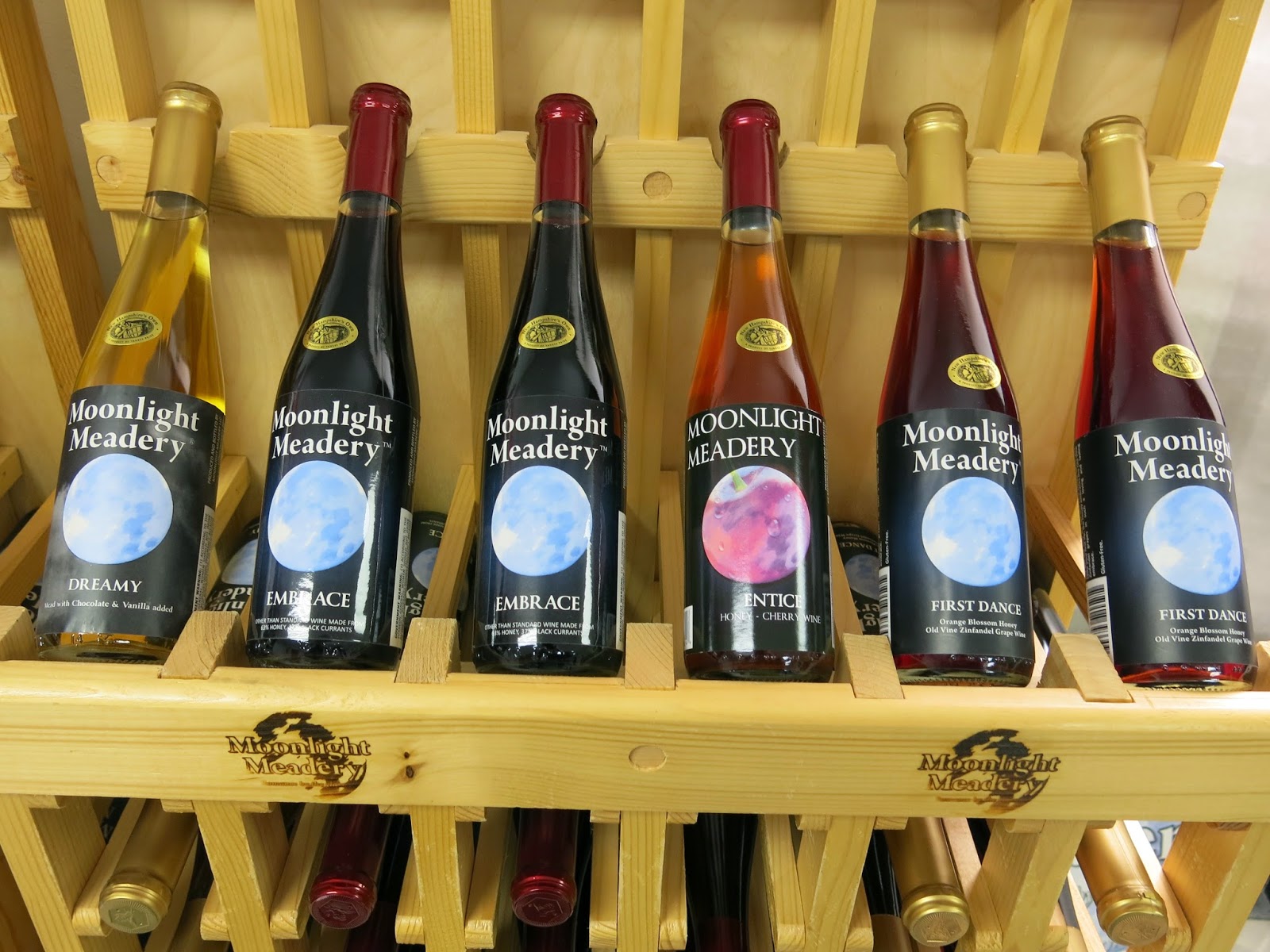 Mead is wine made from honey and it was the tipple of choice from ancient times through the late Middle Ages, when honey was supplanted by cheaper sugars, which led to a rise in ales.

Moonlight Meadery was started in 2010. This alcoholic beverage is made by fermenting honey with water and in adulterated form with various fruits, spices, grains and even hops, a main ingredient in beer. 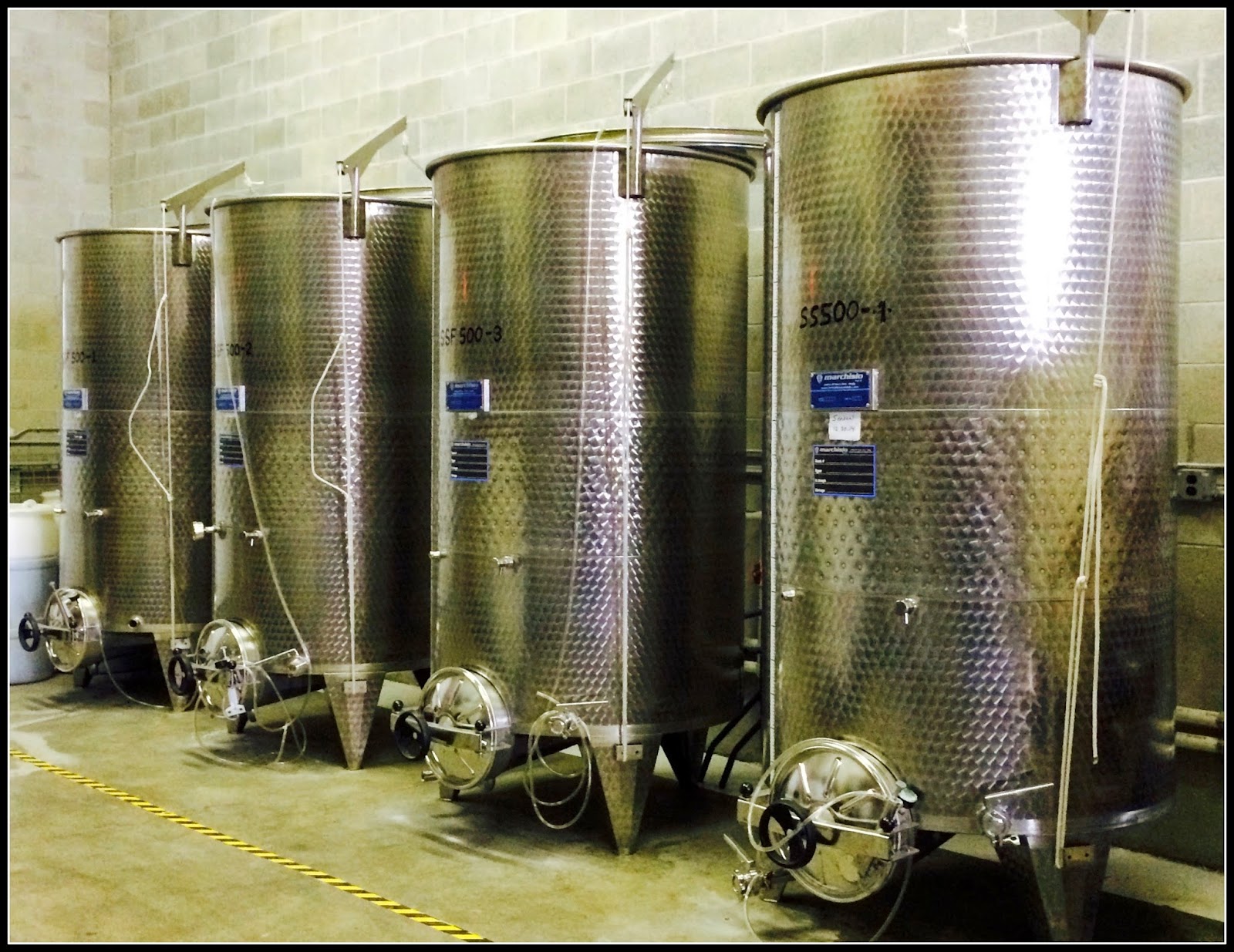 Mead may conjure up images of Renaissance fairs or Germanic folk tales as it's known from many sources of ancient history throughout Europe, Africa and Asia. You may even have heard it referred to as "honey-wine." 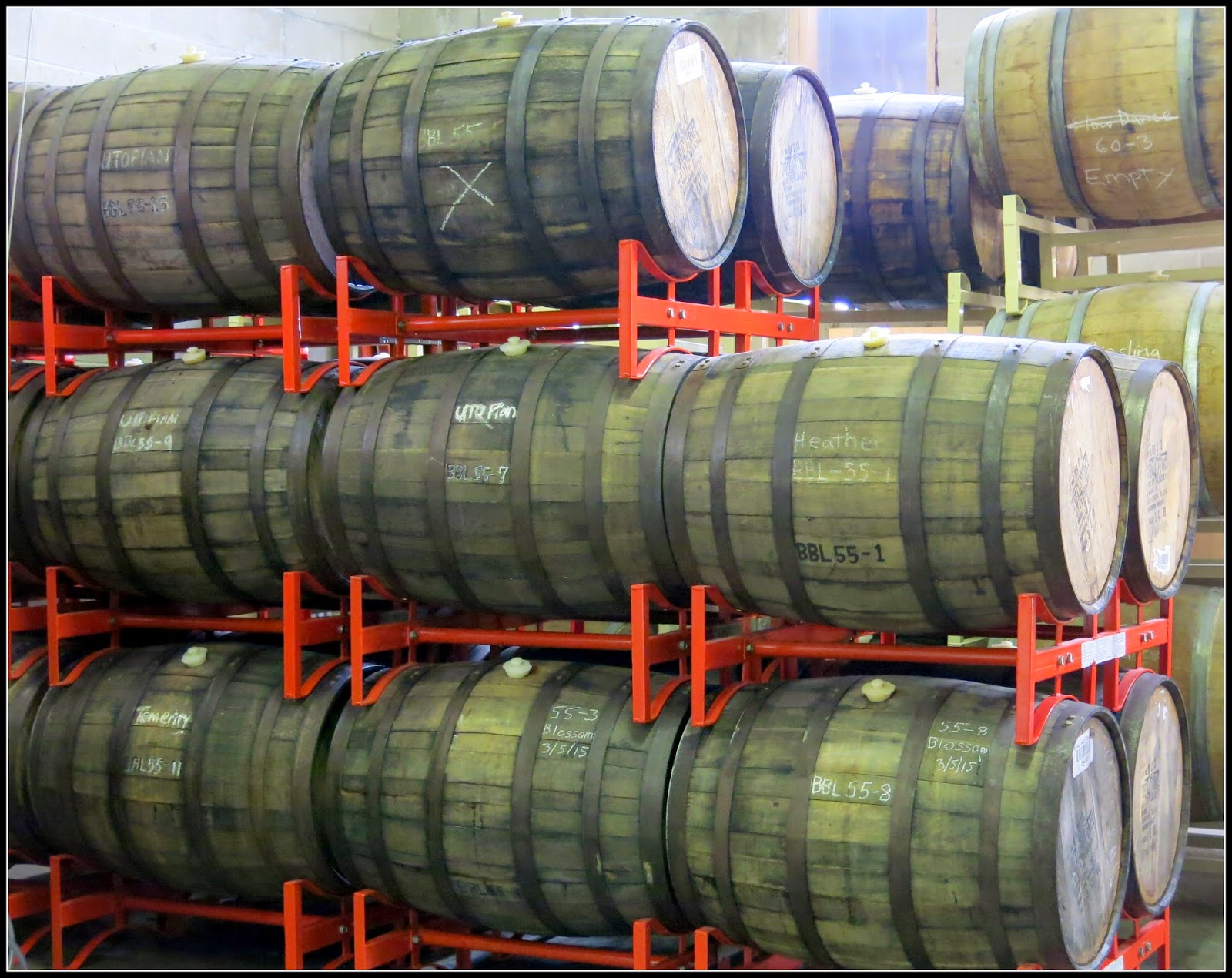 Mead has more alcohol by value (ABV) content (8-16%) than beer (2 to 12%) and can even go as high as 20% ABV. The defining characteristic of mead is that the majority of the beverage's fermentable sugar is derived from honey. Mead can be still, carbonated, or naturally sparkling, dry, semi-sweet, or sweet. The flavor of a mead changes based on the flowers that honeybees use to pollinate.

Honeymoon can be traced to the medieval tradition of drinking honey wine for a full cycle of the moon after marriage. Mead was thought to be an aphrodisiac, that if consumed by newlyweds, would produce offspring sooner. This is why, a bride’s father would often include enough mead in her dowry to last a month. 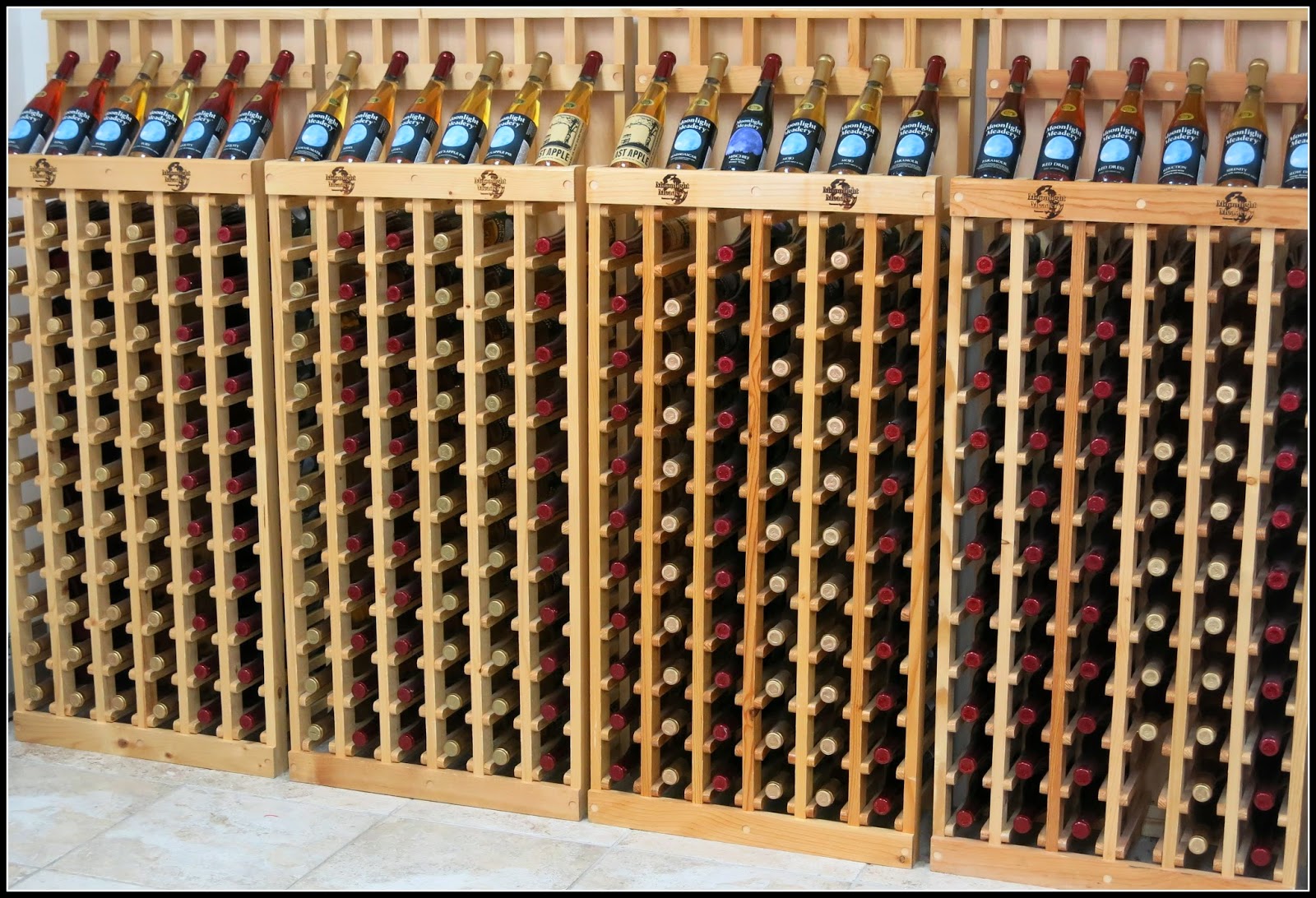 There are at least 165 meaderies in the U.S. It’s generally not widely available in bars. Craft mead hasn’t yet been commercialized on a large scale and can be more costly than wine. While mead was a nice treat, we prefer our alcoholic beverages to remain beer and wine.

What are your drinking preferences?
Posted by Beatrice P. Boyd at 8:00 AM

Ah, so that's what the difference is with mead!

When we lived in Colorado taking our visitors to the Coors brewery was obligatory and a delight. As your photos also show, breweries are meticulous about cleanliness. I would have absolutely no hesitation eating off the floor - if I could beat the cleaning crew to it.
Assuming that you will lift an Anheuser-Bush beer tonight, we will quaff the other one. To your health!!

My dad used to make his own beer and wine on our farm . Interesting post and wonderful photos . Over here they have places that the public can make their own wine and beer brewing using the companies vats and distilleries you just rent the space and equipment in these places and are approved and inspected each month by the health and safety it has been a popular thing to do for some for years ! Thanks for sharing , Have a good day !

Of course I have read about mead forever but I always thought it sounded very "heavy" and sweet. Perhaps I will give it a try.

I think this must be the same brewery we visited when we met you in NH. It was a very interesting tour, and we were lucky enough to be there when there was no snow. We enjoyed the stables too--hard to beat those horses!

Wow, so much info on beer and such great pictures. I always learn something every single day from you blogger friends. Keeps me going. But, not for beer!!

I do not drink alcohol of any kind and this is scary to me that they can pakg 8 million in 24 hours, and wonder how many DUI they can make in 24 hours.

Nice photo tour, but you got me thinking of this song by this group: https://youtu.be/3AT07v9V4-w

I've never tried mead so I can't say anything about it but I'm not a fan of wine. The only alcoholic beverage I really like is beer and preferable Guinness :-)

Sounds like an interesting tour. I don't drink any alcoholic beverages. My choice is usually tea, milk, or water. Sometimes it will be a soft drink or lemonade.

I've been through their plant in Columbus, Ohio. It's a great tour! :)

At the close of your entry you asked what my drinking preference was ... and WAS is the key word here. Up until 1989 I would have answered "a very dry martini" ... but sobriety has taken over and it's Quinine on ice with a slice of lime now !!!

Hi your blog caught my eye cause this is my stomping ground. Although I am ashamed to say I have never been to either place. I am not fond of beer but would love to see the horses when they are there. The Moonlight Meadery is sold at Mkt Basket here and have tried but prefer wine. I find the mead very sweet. My favorite drink is a Manhattan but only have one on very special occasions. Cant drink hard stuff anymore. When I drink it is chardonnay.

That looked like an interesting trip you have done. I didn't like mead when I tried it on one of our wine tours. I prefer red wine especially Shiraz.

We don't drink, but I think it would be fun to go on that tour!

Knew that about Anheuser Busch which today is owned by InBev, a Belgium corporation. One of our favorite places is the home Budweiser tour in St Louis, massive and very educational and home to the Budweiser horses and stables...Jerry is a long time Budweiser guy and that is why we owned Budweiser stock for years until they were bought out and we stock holders had to cash in. Today Bud and Busch are still his daily brew, while I'm the wine person of the house.